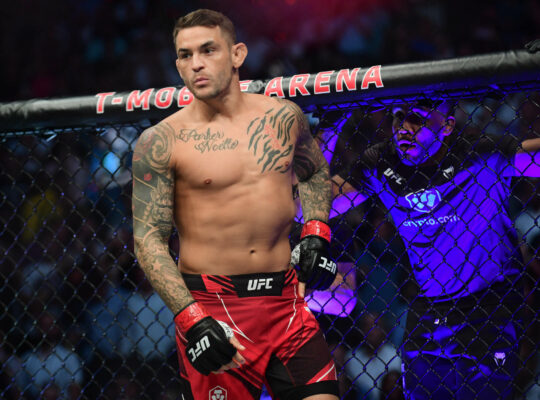 UFC lightweight Dustin Poirier has sensationally admitted he would move up a weight class to compete as a welterweight sometime in the future.

Having already come close to tasting lightweight championship glory before narrowly missing out after being beaten by former champion Khabib Nurmagomedov, Poirier is hoping to go one better when he will likely face Charles Oliviera for the belt in the near future.

However, when asked what his next move may be if he beats ‘Do Bronx’ when the pair meet, Poirier sensationally admitted he would be happy to move up and take on whoever may be the champion at 170lb at that time.

Current champion Kamaru Usman is scheduled to rematch against Colby Covington later this year at UFC 268.