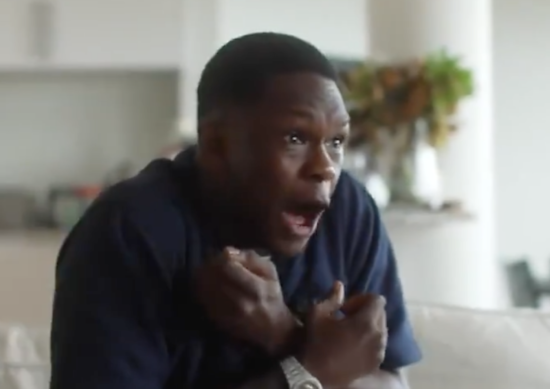 The pair, whose fierce rivalry was sparked during their coaching roles on the most recent season of ‘The Ultimate Fighter’, was finally able to get their hands on one another at the T-Mobile Arena on Saturday night.

In what was a superb card from top-to-bottom, it was undoubtedly the card’s main event between Volkanovski and Ortega that really stole the headlines.

Despite going the distance, with Volkanovski defending his title thanks to the judge’s scorecards, round three saw Ortega almost snatch the title away from the Aussie after unleashing two extremely tight-looking submission attempts.

However, after refusing to tap out, Volkanovski, to fans’ amazement, was then able to somehow force his way free.

In light of what was a remarkable main event that will undoubtedly go down in the promotion’s history as one of the best title fights ever, one fighter who shared fans’ disbelief was Adesanya.

Check out the middleweight champion’s reaction to the action below.