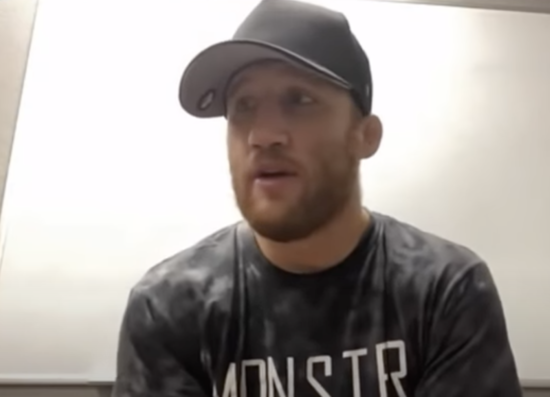 They are long-time training partners and are frequently seen hanging out, watching the fights together, so it is perhaps no surprise that ‘The Highlight’ has leaped to his African’s defense.

UFC 268 on November 6, 2021, will see Usman attempt to defend his title for the fifth straight time when he rematches against ole foe Covington.

With Covington looking to do what the last 16 men before him have failed to achieve, all eyes will be on whether or not the opinion-splitting American can level the pair’s rivalry at one-a-piece when they collide next month.

Weighing in on the prospect of seeing his good friend and training partner take on Covington for the second time, Gaethje, who recently spoke exclusively to ESPN MMA, admitted he doesn’t like ‘Chaos’, but did have some strong praise to throw his way, nonetheless.

I dislike Colby like so much, so I wanna see [Kamaru Usman] really put it on him.

But [Covington is] a damn good fight that little f***.