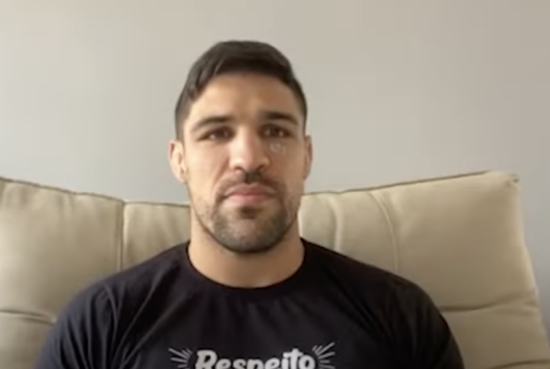 Following his most recent victory, which saw him beat ground specialist Michael Chiesa at his own game earlier this month, Brazilian ace Vicente Luque is now within touching distance of securing a welterweight title shot.

The stacked division, which is currently headed by pound-for-pound star Kamaru Usman, sees a whole host of contenders all vying for their shot at title gold.

UFC 268, which is scheduled to take place on Nov 6 in Madison Square Gardens (as per MMA Fighting), is set to see fierce rivals Usman and Covington collide for the second time in as many years.

However, speaking recently during an interview with TMZ Sports, Luque has confirmed that he plans to be ready should anything happen at the last minute which prevents Usman and Covington’s headline title fight from going ahead.