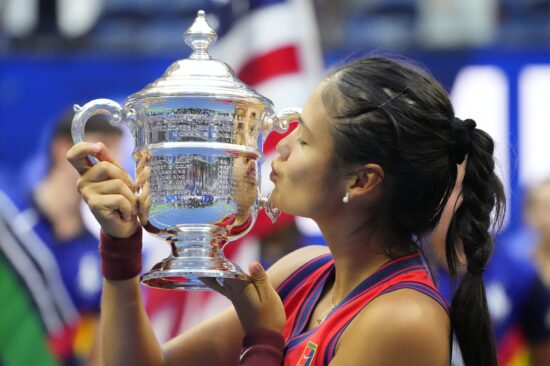 It promises to be another exciting Women’s US Open to bring the curtain down on the Grand Slam season this year. Emma Raducanu shocked the world in 2021, as she made history when winning the tournament despite having to make it through the qualifiers. She joins a number of previous champions in the draw this year, including Naomi Osaka and Serena Williams.

The final Grand Slam event of the season is the second big calendar event played on the hard surface. USTA Billie Jean King National Tennis Center in New York City hosts the Grand Slam, which will offer a purse of $36 million to players involved. It has been held at its current location since 1978, and this year’s event will be the 55th time that it has been staged during the Open Era.

Serena Williams is one of the most dominant players in the history of the US Open, as she has won six titles during the Open Era. However, Milla Bjurstedt Mallory remains the outright most successful winner, as she won eight titles during the Amateur era. The US Open has been won by three different players over the previous three years, with six different players reaching the final. Last year, Emma Raducanu won the battle of the teenagers, as she triumphed over Leylah Fernandez in straight sets.

Iga Swiatek heads the betting for the Women’s US Open for the third Grand Slam tournament in a row. The Polish 21-year-old looked imperious at Wimbledon earlier in the summer, but eventually came up short as she was eliminated in the third round. She is yet to go further than the fourth round at the US Open, but she did reach the semi-finals of the Australian Open at the start of the year. However, her 67% win rate at Flushing Meadows may be a good enough reason to take on the favorite.

Naomi Osaka is the second choice, as she looks for a third victory at the US Open. However, the Japanese star hasn’t played her best tennis throughout 2022 and could be one to avoid. Emma Raducanu came up short at Wimbledon earlier in the year, but previous success at the US Open and a longer break to recover from injury are both solid reasons why she could go far again this year.

Elena Rybakina won a first Grand Slam success with victory at Wimbledon earlier this year, and she does have a good game for the hard courts. She reached a career-best third round last year, but did finish fourth on the same surface at the Olympics.

Women’s US Open 2022 Pick and Prediction

It could be worth siding with experience at the Grand Slam this year, and we like the chances of Victoria Azarenka. The 33-year-old has made it to the final of the US Open on three previous occasions, including in 2020. She has twice won Grand Slams on the hard court, with both victories coming at the Australian Open in 2012 and 2013. Maria Sakkari could also be another player that goes far, as she reached the semi-finals at the Grand Slam last year.