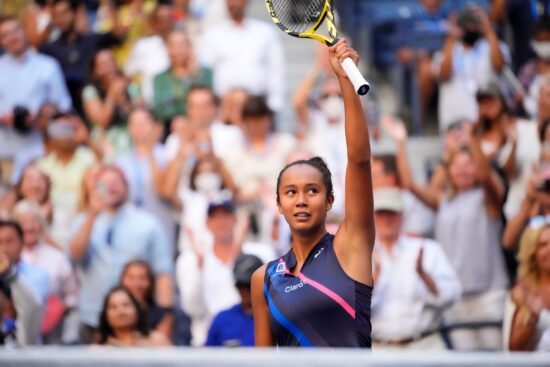 Carlos Alcaraz’s body couldn’t withstand the challenge anymore, and the young Spaniard withdrew from the competition during the second set against Felix Auger-Aliassime.

However, Leylah Fernandez didn’t stop her adventure, sending home another top-five seed, Elina Svitolina. The young Canadian is in the center of attention right now and hopes to preserve that status all the way.

One of the biggest talents in tennis right now, Felix Auger Aliassime, reached the semifinals at Flushing Meadows without any hype surrounding his results. It appears that Carlos Alcaraz’s results covered up all the good things Auger Aliassime did in New York, but also that they preserved the young Canadian from additional pressure.

Last night he secured the place in the top four after Alcaraz’s withdrawal, with the result, 6-3, 3-1 for the Canadian. The Spanish player struggles with his thigh muscle, so he didn’t want to risk picking up a more complicated injury but decided to quit.

Along with Novak Djokovic -115, Medvedev +200 is the top favorite for winning the tournament. Alexander Zverev +400 is third on the list.

Djokovic and Zverev need to get through the quarterfinals first. The Serb plays against Matteo Berrettini, whom he defeated in the Wimbledon finals. The odds on Novak are -900, while on the Italian +550. Zverev faces Lloyd Harris, and his victory is priced at -850, while Harris’ triumph sits at +400.

Leylah Fernandez ousted No.5 seed Elina Svitolina from the US Open last night, defeating the Ukrainian player 2-1, by sets, 6-3, 3-6, 7-6. In another very turbulent and demanding matchup, Fernandez managed to keep her nerves in the deciding moments and seize a massive victory.

Her rival in the match for the finals will be the Belarusian, and now the top favorite for the title, Aryna Sabalenka. She swept the current Roland Garros champ, Barbora Krejcikova, in straight sets, 6-1, 6-4.

The odds are not favoring Fernandez, a big underdog, +300, while Sabalenka sits at -400. Yet, we’ve seen her in this position several times at Flushing, and on each occasion, she would come out of it as the winner.

The participants of the second semifinal will be determined today. Emma Raducanu and Belinda Bencic meet in the first quarterfinals. The recent Olympic champion, Bencic, holds a slight advantage over the rival per odds, -120 compared to +110.

In the second match, Karolina Pliskova clashes with Maria Sakkari. This is also a very close match, and believe it or not, with the same odds as the previous one. Pliskova is a favorite at -120, while Sakkari comes as an underdog at +110.

The Flushing Meadows will for sure get a new champion in the women’s part of the competition, and we are excited to see who is going to replace Naomi Osaka as the new queen.