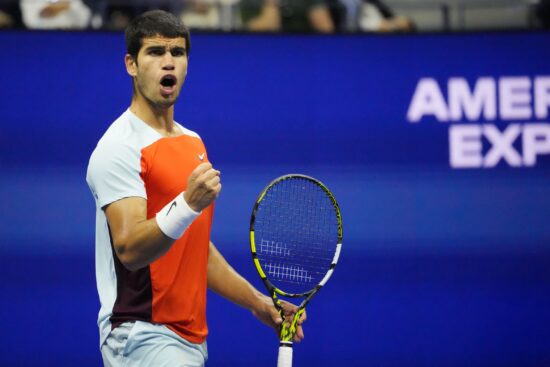 The final Grand Slam action of the season takes place over the weekend, with the women’s final taking place on Saturday and the men’s final being staged on Sunday. There will be a first-time Grand Slam winner crowned in the US Open on Sunday, as Carlos Alcaraz and Casper Ruud lock horns. You can find the latest US Open predictions of the final right here.

Alcaraz’s Route To The Final

Carlos Alcaraz will compete in the final of a Grand Slam for the first time this weekend. The 19-year-old has been involved in classics throughout the US Open to this stage, including the five-set matches he has played in the previous three rounds. He once again needed to go the distance in Friday’s semi-final against Frances Tiafoe, eventually winning 6-7, 6-3, 6-1, 7-6, 6-3.

Ruud’s Route To The Final

Casper Ruud will be playing in his second Grand Slam final this weekend. He was beaten in the final of the French Open earlier in the season, and has been very strong throughout the competition in New York over the past couple of weeks. This will be the first time that Ruud has come up against somebody in the top ten, but he has knocked out three seeded players in the previous rounds.

The Norwegian was extremely strong in the previous round, as he eased to a four-set victory over Karen Khachanov. He hit ten aces in that victory, and scored six from 13 break point opportunities. Ruud won 82% of the points on the first serve, and 61% on the second serve.

Alcaraz has picked up victories in each of the previous two meetings between the players. The latest victory was recorded in straight sets earlier this year at ATP Masters 1000 Miami. That success was on the hard court, while Alcaraz also recorded the other victory on the clay surface.

This should be a very exciting final given the talent of these two young players. However, we could see it going all the way to five sets. But, we could see Ruud getting the victory, as he has looked very dominant in the previous rounds, and Alcaraz’s time on court before the final could finally catch up with him.