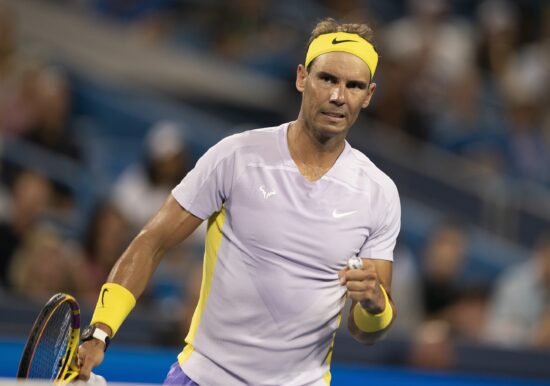 The final Grand Slam of the tennis season gets underway on Monday, as the men’s first round of the US Open gets underway. We will go through the biggest matchups in the opening round here, and you can find out US Open predictions below.

US Open First Round Schedule

Rafael Nadal will be looking to extend his Grand Slam advantage over Novak Djokovic at the US Open over the next two weeks. The Spaniard only managed to make it through to the round of 32, before falling in three sets to Borna Coric. This is the first year that Nadal will be playing at the US Open since winning the competition in 2019.

He has made it through to at least the semi-finals in all three of his recent appearances. Rinky Hijikata should be confident coming into the meeting, as he recently made it through to the final at ITF USA F27. However, it’s hard to see the Australian 21-year-old getting the better of Nadal in this first meeting between the two.

Daniil Medvedev has emerged as the clear favorite to win the US Open this year following the withdrawal of Novak Djokovic. The Russian won his first Grand Slam title at this event 12 months ago, beating the Serbian in straight sets. He has also reached the last four at the US Open in each of the previous three years, and he boasts an impressive 83% strike rate.

Stefan Kozlov plays at the US Open for the first time this year, and it comes after he reached the first round at Wimbledon for the first time in his career. He is ranked 103 in the world, and it’s hard to see a shock based on the fact that he was easily beaten by Dusan Lajovic in the qualifiers at the Cincinnati Masters earlier in the month.

One player that could surprise a few at the US Open this year is Cameron Norrie. The British player made it through to the semi-finals at Wimbledon earlier in the year, and looks to have a good game for the hard surface. He is the seventh seed for the Grand Slam this year, and comes into the major after an impressive run to the semi-finals at the Cincinnati Masters, which included victories over Carlos Alcaraz and Andy Murray.

Benoit Paire could be a tricky opponent in the first round, as he was previously ranked as high as 18th in the world in 2016. However, his form has dipped since then, and he is now ranked 104. Paire reached a career-best fourth round in 2015, but he has fallen at this stage in each of the previous two years.

One of the leading American hopefuls in the men’s draw comes in the form of Jack Sock. However, he faces a big challenge against 14th seed Diego Schwartzman. The 29-year-old failed to make it into the Cincinnati Masters main draw, but he has often delivered strong bids on home soil. He has made it past the first round in three of the previous four years.

Schwartzman poses a difficult test. The Argentinean has made it through to the round of 16 at the Cincinnati Masters, and quarterfinals at Indian Wells already this year. The 30-year-old’s best showing at the US Open saw him reach the quarterfinals, but Sock was victorious in the only previous meeting between the two.

An all-American clash takes place in the US Open men’s first round, as 22nd seed Frances Tiafoe takes on Marcos Giron. Tiafoe is one of the brightest up-and-coming American players, and his talent was clear for all to see as he eliminated Matteo Berrettini in the round of 64 at the Cincinnati Masters earlier this month. The 24-year-old has reached the fourth round in each of the previous two editions of the Grand Slam, and he could be good value to go further this year.

Marcos Giron enjoyed an excellent showing at the Cincinnati Masters, as he reached the round of 32. During his run, he eliminated David Goffin and Fabio Fognini. The 29-year-old is currently ranked 55 in the world, and reached the second round of the US Open last year for the second time. This will be the third meeting between the players, with both winning on one occasion. However, crucially, Giron won the only match between the two on the hard surface.

Other Men’s US Open First Round Predictions