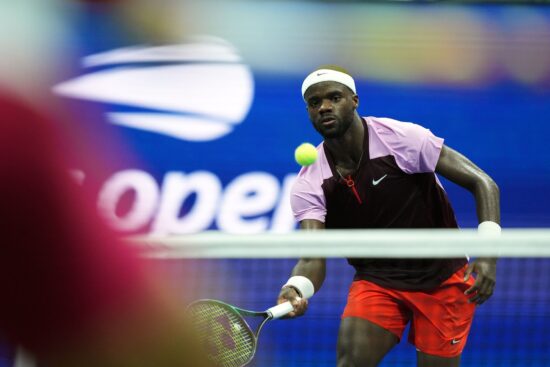 The men’s US Open reaches the quarterfinal stage this week, as the final eight players left in contention clash for a place in the semi-finals. Rafael Nadal dramatically exited the competition in the previous round, which means that there is a very open feel to the Grand Slam at this stage of the competition. You can find our latest US Open predictions below.

The battle to be the favorite to win the US Open may be decided in the quarterfinal showdown between Matteo Berrettini and Casper Ruud. Both players have looked incredibly strong throughout the competition this year, as they look to win a Grand Slam title for the very first time. We tipped up Ruud before the competition got underway, and he has progressed excellently throughout the competition to this point. He saw off Corentin Moutet in four sets in the previous round, converting on seven from 17 break point opportunities.

Matteo Berrettini has looked like a Grand Slam winner in waiting for a long time now, but given how much the draw has opened up, this could be his opportunity. The Italian was involved in a thriller in the previous round, as he needed five sets to see off Alejandro Davidovich Fokina. However, Ruud has won three of the five meetings between the players, and we could see that being the key trend.

Two of the most talented young players in the world of men’s tennis clash in the US Open quarterfinals on Wednesday. Carlos Alcaraz looks a firm favorite to win the Grand Slam this year after impressing throughout the competition this year. The Spanish star needed to be at the top of his game in the previous round, as he needed all five sets to see off the big-serving Marin Cilic. However, the 19-year-old managed to keep his calm, and won an impressive 68% of the points on second serve.

Jannik Sinner certainly appears to have a game that is perfectly tailored to the hard court. The Italian was also involved in a thriller in the previous round, as he needed all five sets to see off unseeded Ilya Ivashka. Sinner hit five aces in that win, but he will need to reduce the number of double faults, as he recorded 14 in the previous round. Sinner has won the previous two matches between the stars, and we could see him being a good value play in the quarterfinals.

The big shock in the previous round at the US Open came as Frances Tiafoe eliminated Rafael Nadal. He will be looking to score another big victory and book his semi-final spot on Wednesday. The American produced a career-best display to beat the legendary Spanish star in the previous round, as he won in four sets. Tiafoe has dropped just one set so far in the Grand Slam this year, and looks set to produce another big display this week.

Andrey Rublev will be his opponent this week in the quarterfinals, as the Russian looks to make it through to the semi-finals of a Grand Slam for the first time. Rublev looks to be growing into the competition at this stage, as he eased into this round of the competition with a straight sets victory over Cameron Norrie. However, we believe that Tiafoe’s dream run in his home Grand Slam will continue.