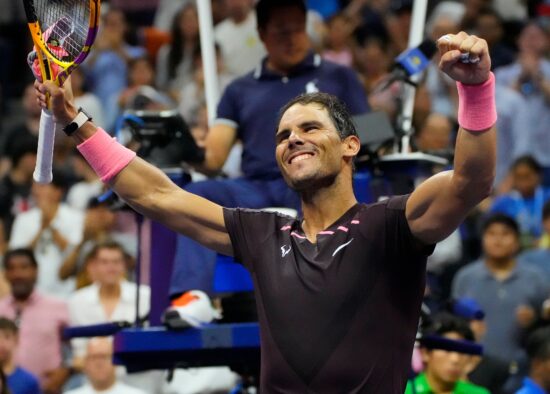 The US Open action heats up this week, as the knockout rounds continue to build towards Sunday’s final. A number of the top male players will be in round of 16 action at Flushing Meadows on Monday, and you can find our US Open predictions for the big ties right here.

US Open Men’s Round of 16 Schedule

The final British player in action at the US Open is Cameron Norrie, as he looks to build on his semi-final appearance at Wimbledon earlier in 2022. The Brit has been in strong form throughout the competition to this point, as he is yet to drop a set in three US Open matches. In the previous round, he breezed past Holger Rune in straight sets, as he smashed down seven aces.

Andrey Rublev was involved in one of the best matches at the US Open this year in the previous round, as he edged past Denis Shapovalov after five sets. The marathon match saw Rublev come back from 2-1 down to get the win, as he won 75% of the points on his first serve. Both players have recorded victories in previous matches, with Norrie winning the previous match on an outdoor hard surface in 2021. We could see him following that up with another victory on Monday.

Rafael Nadal remains in the hunt for a fifth US Open title this year. The Spanish star is the highest seeded player remaining in the competition following Daniil Medvedev’s departure over the weekend. The 36-year-old has looked formidable to this point of the competition, and was at his very best in the previous round. Nadal eliminated Richard Gasquet in straight sets on Saturday, winning 6-0, 6-1, 7-5.

This looks like a much bigger challenge than Nadal has previously faced, as Tiafoe is yet to drop a set at the US Open this year. The American elimited 14th seed Diego Schwartzman in the previous round, as he smashed down nine aces. He also won 69% of the points on his first serve in that victory. However, Nadal has won both previous matches between the players, including a victory on the hard court at the Australian Open in 2019.

One of the most interesting round of 16 ties will see the big-serving Marin Cilic take on third seed Carlos Alcaraz. The Spaniard is the clear favorite in the betting to win the match, as he has looked strong throughout the Grand Slam to this point. He is yet to drop a set in the event, and was a clear winner against Jenson Brooksby on Saturday. In that match, he won 76% of the points on his first serve, and converted on seven from eleven break point opportunities.

Marin Cilic is an experienced campaigner, and should have the tools to pose the first big challenge to Alacaraz. The Croatian beat 20th seed Dan Evans in the previous round, as he got the better of his British opponent in two tie breaks. Cilic smashed down 26 aces in that victory, and won an impressive 82% of the points on his first serve. Alacaraz has already beaten Cilic on two occasions on the hard courts, and we expect him to register a third win on Monday.