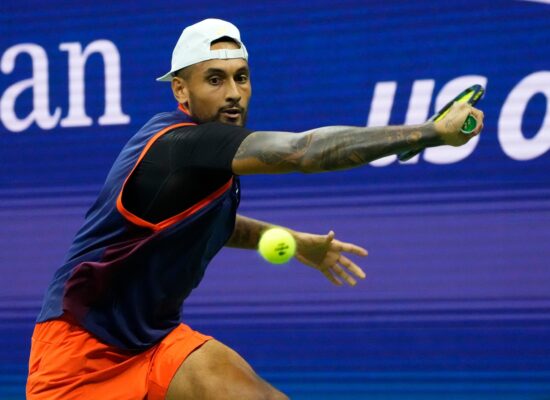 The second round of ties in the men’s US Open draw gets underway on Wednesday. A number of the leading contenders for the Grand Slam title have already booked their spot in the second round, and there are some interesting ties to look forward to. You can find our exclusive US Open predictions right here.

US Open Second Round Schedule

Two winning players that we predicted in the men’s first round of the US Open clash in the second round on Wednesday. Alex De Minaur has already enjoyed an excellent record in Grand Slams this season, and he looked at the top of his games when winning in straight sets on Monday against Filip Krajinovic. The Australian hit five aces in that win, but he will need to avoid hitting as many double faults.

Christian Garin also enjoyed a strong first round outing, as he won 3-6, 7-6, 7-5, 6-1 against Jiri Lehecka. Garin was strong on his first serve, winning 70%, while he broke his Czech opponent on six occasions from 16 opportunities. This is already the Chilean’s best showing at the US Open, and confidence will be high after beating De Minaur in a thriller at Wimbledon earlier in the year. However, we will be sticking with the Aussie, who has won both previous meetings between the players on the hard courts in straight sets.

Nick Kyrgios will be looking to reach the third round at the US Open for just the fifth time in his career. It has been a stage where he has been knocked out on all four previous appearances, but the Aussie is playing some of his best tennis this season. Kyrgios reached the final at Wimbledon earlier in the year, and breezed through in straight sets in the opening round against his good friend Thanasi Kokkinakis. He hit 14 aces in that victory, and won 87% of the points on first serve and 90% on the second serve.

Benjamin Bonzi was involved in one of the most grueling matches in the opening round, as all five sets were needed in his victory against Ugo Humbert. Bonzi eventually came out on top, winning 7-6, 6-1, 5-7, 3-6, 6-2. However, Bonzi is yet to go further than the second round at the US Open, and the long match he played on Monday could go against him against the big-serving Kyrgios.

One of the most interesting second-round matches at the US Open sees Felix Auger-Aliassime take on Jack Draper. Auger-Aliassime was in fine form in the first round, as he knocked out Swiss player Alexander Ritschard in straight sets. However, he will need to limit the amount of errors that he makes in this second round tie after he recorded eight double faults in that first round clash. The Canadian impressed last year as he reached the semi-finals of the US Open, and he boasted a win rate of 67% at Flushing Meadows.

However, Jack Draper looks to have the tools to pose big questions of his Canadian opponent this week. The British player cruised through his opening round tie against Emil Ruusuvouri in straight sets, hitting eleven aces and converting on all five break point opportunities. This is his first appearance at the US Open, but his record of beating top-ten ranked players on six occasions highlights clear value.

Other Men’s Second Round US Open Predictions