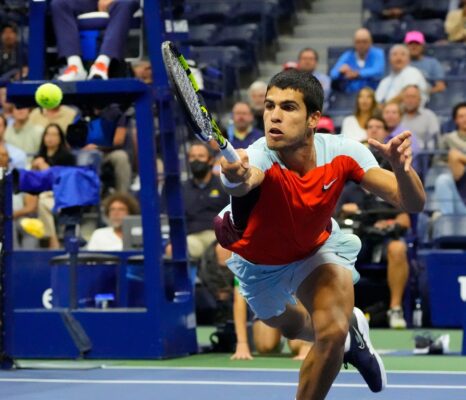 Then there were four in the hunt for US Open Grand Slam glory. The semi-finals in the men’s draw will take place on Friday, as four must be cut to two, as the players that will compete for their maiden Grand Slam title will be determined. However, you can find our US Open predictions for the big semi-finals right here.

His biggest win came in the quarterfinals, as he overcame Wimbledon finalist Nick Kyrgios in an ill-tempered affair. The Russian won in five sets, and hit an impressive 30 aces. Khachanov won 77% of the points on his first serve, and 67% on the second serve. But, this will be another intense fixture that he will need to prepare for.

Casper Ruud has been very impressive throughout the US Open this year, and he raised his game to a new level in the previous round against Matteo Berrettini. The Norwegian was excellent in that quarterfinal clash, as he won in straight sets. Ruud won 75% of the points on his first serve, and converted five from 14 break point opportunities.

After one of the all-time great US Open matches earlier this week, Carlos Alcaraz will need to refocus ahead of a very testing showdown with American Frances Tiafoe. Both players have excelled at the Grand Slam this season, and both have very realistic chances of making the final over the weekend.

Alcaraz has looked like a Grand Slam winner in waiting for many years, but it’s likely that he has never had a better chance. The Spanish star played out a thrilling quarterfinal against Jannick Sinner on Wednesday evening, as he came back from 2-1 down to eventually win a five set thriller. That momentum could be key coming into this semi-final.

Frances Tiafoe has the hopes of the U.S. on his shoulders. The American has been another surprise package at Flushing Meadows this year, as the 22nd seed has beaten three players seeded in the top 15, including Rafael Nadal in the round of 16. He looked extremely comfortable under the bright lights against Andrey Rublev in the quarterfinals, as he won in straight sets.

Tiafoe won the previous meeting between the two players. However, that came on the clay in Barcelona, as he won in straight sets. We are a little surprised at just how big the American is at the current prices, and he certainly offers a lot of value.