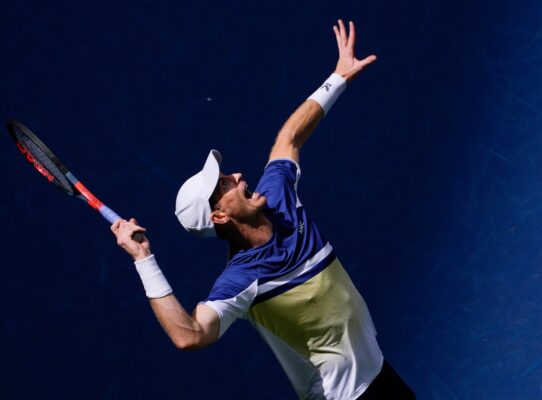 The US Open continues on Friday, as the men’s third round gets underway. Andy Murray and Daniil Medvedev are among the previous champions in action on Friday, and you can find the latest US Open predictions for the matches in the third round below.

US Open Men’s Third Round Schedule

The match of the day in the men’s third round at the US Open will see former champion Andy Murray take on Matteo Berrettini. The British player last won the US Open in 2012, and he is enjoying a renaissance in the competition this year. This is the first time since 2016 that he has reached the third round, as he has fallen in the second round on two occasions in the past five years. Murray recovered well in the previous round after losing the first set against Emilio Nava, eventually winning 5-7, 6-3, 6-1, 6-0. However, this is a tougher task.

Matteo Berrettini certainly looks good value to go deep in the competition this year. He previously reached the semi-final at the Grand Slam back in 2019, and has already achieved a career-best effort when reaching the semi-finals at the Australian Open earlier this year. Like Murray, the Italian battled back well after losing the first set in the second round, eventually coming past Hugo Grenier. His performances on the hard courts this year means that the Italian gets the nod.

Daniil Medvedev certainly is looking like a clear favorite to win the US Open this year, and his performances on the court to this point have been excellent. He is yet to face a massive challenge, as he breezed past Arthur Rinderknech in the previous round without dropping a set. Last year’s champion served eight aces in that win, and won 77% of the points on his first serve.

Wu Yibing certainly deserves credit for reaching this stage of the competition, as he needed to come through three qualifying rounds. He has already knocked out a seeded player in the competition this year, as he beat Nikoloz Basilashvili in straight sets in the first round. However, he is up against it when it comes to reaching the third round at the Grand Slam for the second year running this week. We expect him to win a set, but Medvedev has more than enough to come through.

One of the most interesting third round matches in the US Open will see fifth seed Casper Ruud take on 29th seed Tommy Paul. Ruud has looked very strong in the opening two rounds of the Grand Slam, as he has dropped just one set in the matches that he has played. He breezed to a four set win in the previous round against Tim van Rijthoven.

Tommy Paul could be a potential dark horse to go far at the US Open this year. The American has won both matches that he has played to this point, and was involved in a grueling match in the previous round. He eventually claimed the win in five sets against Sebastian Korda, but the aftereffects from that match could go against him in the third round.

Other Men’s Third Round US Open Predictions