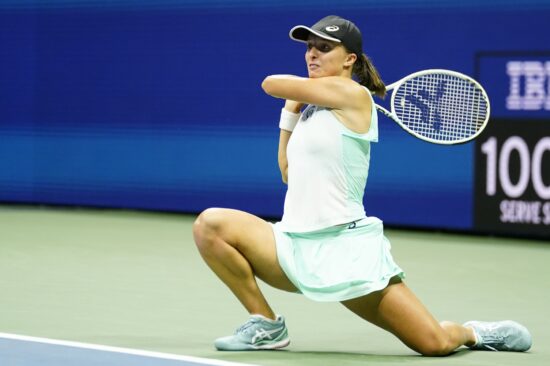 It has been an exciting couple of weeks of Grand Slam action, but like all good things, it must come to an end. The final of the women’s US Open takes place on Saturday, as Iga Swiatek and Ons Jabeur clash in the showpiece event. You can find our latest US Open predictions for the huge Grand Slam final right here.

Jabeur’s Route To The Final

Ons Jabeur will be competing in a Grand Slam final for the second time in her career this weekend, as she looked extremely dominant in her semi-final showdown against Caroline Garcia on Thursday evening. The Tunisian player will be looking to make history and become the first African woman to ever win a Grand Slam title. She has been in excellent form throughout this season, and she has been able to kick on after reaching the final of Wimbledon earlier in the summer.

Jabeur has dropped just one set on her way to this stage of the competition, with that coming in the third round against Shelby Rogers. She has gone under the radar slightly throughout this competition, but her semi-final display against Garcia was a strong outing. The Tunisian won 6-1, 6-3, and won an astounding 83% on her first serve.

Swiatek’s Route To The Final

Iga Swiatek has been the clear favorite in the betting throughout the US Open, as she looks to win a third Grand Slam title. Both previous victories have come at the French Open, which means this could potentially be a first title away from the clay. She has played like the top seed throughout the competition, and showed in the semi-final that she has the mentality to fight back even if things aren’t going her way.

She dropped the first set to Aryna Sabalenka on Thursday, but the Polish star fought back in excellent fashion to win the next two sets. The 21-year-old won 65% of the points on her first serve in that game, while she converted on seven from ten break point opportunities. However, this is more likely to be a technical game given the qualities that Jabeur brings into the match-up.

This final could go either way, and it will make for fascinating viewing. However, Jabeur’s record on the hard court could be form line to follow, and we like her chances of avenging her Wimbledon final defeat with success at Flushing Meadows.