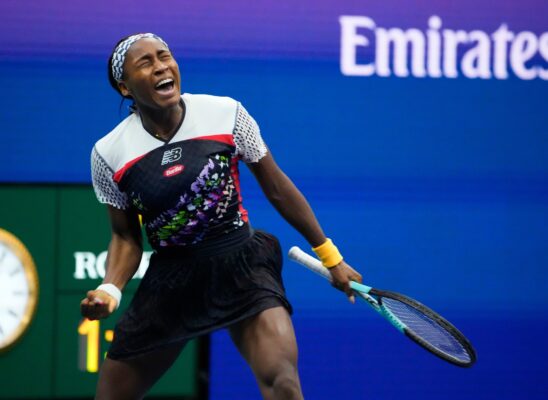 Only eight women remain in the hunt for the US Open title this year, and the quarterfinals get underway on Tuesday. All remaining players have a chance of landing Grand Slam glory, but you can find our US Open predictions for the quarterfinal round right here.

The most intriguing quarterfinal match-up in the women’s round will see American teenager Coco Gauff take on Caroline Garcia. Gauff has been in tremendous form throughout the Grand Slam tournament to this point, as she has failed to drop a single set on her way through to this stage of the competition. She has knocked out one seeded opponent, with that success coming against Madison Keys. Gauff reached this stage with a 7-5, 7-5 victory over Shuai Zhang.

However, we would be keen to side with Caroline Garcia, who remains in the hunt to win both the singles and doubles events at the US Open this year. The French star hasn’t yet dropped a set in singles action, and has continued to build momentum after winning the Cincinnati Masters. Garcia eliminated Alison Riske in the previous round, and we could see her knocking out a second American in succession on Tuesday.

A first career Grand Slam title has been a long time coming for Arya Sabalenka, but there is a sense that the star is closing in on that honor this year. The Belarusian showed her class in the second round when she came back from a set down to see off Kaia Kanepi, before she eliminated Clara Burei in the following round. She once again lost the first set in the round of 16 against Daniele Collins, but she safely managed to make it through, winning 3-6, 6-3, 6-2. However, she can’t continue to start matches sluggishly.

Former world number one Karolina Pliskova looks back to her very best this year, and overcome a fierce battle against Victoria Azarenka in the previous round. She has dropped three sets on her way to this point of the competition, and she won the previous meeting between the two players last year. However, Sabalenka gets the nod for this match, as we can see her getting through to the final.

The standout match in the quarterfinals of the US Open takes place on Wednesday, as world number one Iga Swiatek takes on top-ranked American player Jessica Pegula. Swiatek has looked extremely dominant throughout the competition, as the Polish player has dropped just one set. That came in the previous round against Jule Niemeier, but Swiatek battled back to win the following two sets to book her place at this stage of the competition.

Jessica Pegula is the first big test that the Polish player is likely to face at the US Open this year, and the American should be confident after knocking out former Grand Slam winner Petra Kvitova in the previous round in straight sets. Pegula has dropped just a single set in the Grand Slam to this point, but she has lost her previous two meetings against Swiatek. We expect that run to continue as the Pole goes marching on in the US Open.