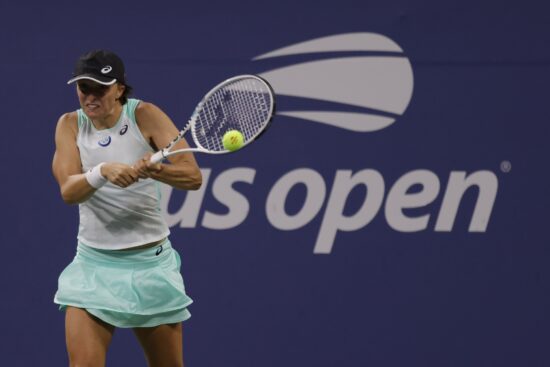 The action is heating up at the US Open this week, as the route to the final is clear for all remaining players involved. There are four round of 16 matches to look forward to on Monday, and the latest US Open predictions for the standout matches can be found here.

US Open Women’s Round of 16 Schedule

The only remaining top seed in either the men’s or women’s US Open draw is Iga Swiatek. The Polish star has looked extremely strong throughout the event to this point, as she is yet to drop a set in three matches. That dominance continued in the third round on Saturday, as she breezed past Lauren Davis in straight sets. Swiatek hit six aces in that win, and won 73% of the points on her first serve.

Niemeier should be a challenging opponent for Swiatek in the round of 16, as the German player is looking extremely confident in Grand Slam competition this year. She reached the quarterfinals at Wimbledon, and has achieved career-best performances at all previous three Grand Slams. However, it would be challenging to see her excellent run continuing against the top-rated player in the world.

Two experienced players will compete for a place in the quarterfinals on Monday. We tipped up Victoria Azarenka at the start of the US Open, and she has looked extremely strong throughout the Grand Slam this year. She has dropped just one set on her way to this stage, and looked formidable in the previous round as she dispatched of Petra Martic in straight sets.

Karolina Pliskova is the favorite in the betting to win the match. She has dropped two sets at the US Open this year, and managed to reach this stage after knocking out Belinda Bencic in the previous round. She came back from a set down to win that match, and she smashed down 14 aces. However, we will be siding with our pre-tournament pick.

Coco Gauff has already ensured that one American player will be competing in the quarterfinals. However, Danielle Collins will be looking to join her compatriot. Collins has enjoyed an excellent run to this stage. She is yet to drop a set in three previous matches, which includes the straight sets victory she achieved in the first round against Naomi Osaka. In the previous round, she edged past Alize Cornet.

However, Arya Sabalenka looks to be a standout contender to win the Slam this year, and she has dropped just one set in three previous matches. She was back to her dominant best in the previous round, as she lost two games in a straight sets victory against Clara Burel. Sabalenka has won the previous three matches between the two players, and we can see that dominance continuing.