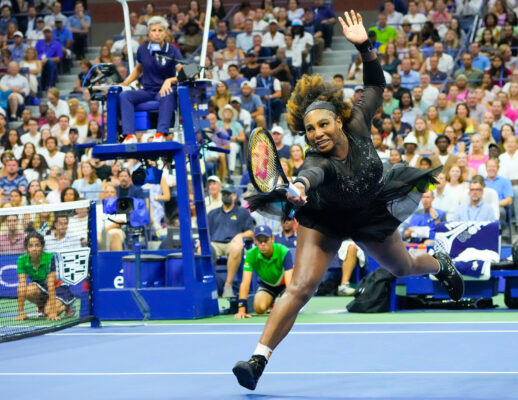 If you’re looking for some US Open predictions – look no further.

The second round of the lady’s competition begins this Wednesday. The central event includes arguably the best female player of all time, Serena Williams, who arrived at Flushing Meadows to retire and put an end to a glorious career.

Serena defeated Danka Kovinic in straight sets in the opening round, 6-3 in both. She did look a bit better than in Canada and Cinci, where she had nasty experiences against Belinda Bencic and Emma Raducany, who defeated her with 6-0 in the second set. Yet, this is New York, the place where she won six titles, the first one in 1999 when half of today’s players weren’t even born.

On the other side, we have Kontaveit, currently the second-seeded player in the tournament, but in truth, a solid yet not classy player. Kontaveit beat Jaqueline Cristian in the opening round, 6-3, 6-0, displaying a solid performance.

Regarding the clash against Serena, this will be a tough one, even though many consider Kontaveit the favorite. This is the last lap for Williams, and she will be fierce to go as far as possible. The motivation and the crowd guarantee that Serena will win at least one set. On the other hand, her form isn’t that great to bet on her win, and the best possible thing would be taking three sets.

Both players came to this tournament in poor form. Losses were frequent in recent times, while on the other side, the victories were here and there, mostly against unknown opponents.

The two met a long time ago, and for the moment, Krunic leads 2-1 in head-to-head meetings. Having in mind that neither rival plays well, betting on three sets in this one would be a wise choice too.

Jabeur is playing solid tennis this season. She was excellent on the grass, but after the lost finals at Wimbledon, she didn’t find the proper rhythm on the hard surface in North America.

Across the court is Madison Brengle, who reached the main draw after the qualifiers as a lucky loser. She was better than Tamara Ziansek in the first round, 2-1 – 5-7, 7-6, 6-4, as you can see following a comeback.

Being the US player, she will have the crowd behind her, and we suggest betting on her taking at least one set in this event.

Last year’s finalist is also struggling to find the rhythm on the hard surface, and only one win before this tournament is something that forced the people to doubt Fernandez.

On the other side, Samsonova won the tournament in Cleveland last week, beating Aliaksandra Sasnovich in the finals, meaning that she is in excellent form, so this is why we are picking three sets as the best bet to back in this one.