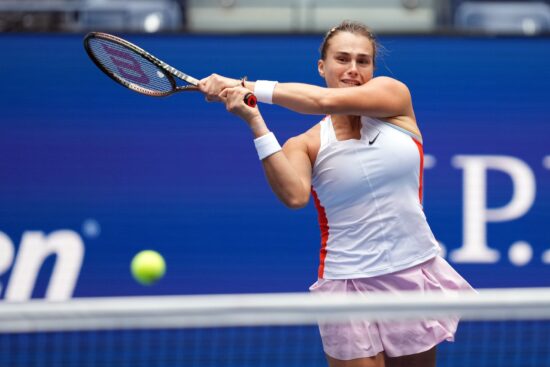 A high-quality field of four remain in the hunt for the women’s US Open title this year. All players look to have solid chances, and all come into the semi-finals at the peak of their powers. However, our US Open predictions for the crucial semi-finals taking place on Thursday can be found right here.

It has been a pretty spectacular couple of months for French star Caroline Garcia. She will be looking to do the unlikely double of Cincinnati Masters and US Open, but if she is to reach the final, she will first need to overcome the challenge posed by the incredibly talented Ons Jabeur.

This has been Garcia’s best ever showing at a Grand Slam event. However, the confidence taken from her success in Cincinnati is certainly evident based on the performances that we have seen over the past ten days or so. The French star was excellent once again in the quarterfinals, as she maintained her record of not dropping a set with victory over Coco Gauff.

Ons Jabeur has played some of the best tennis of her career throughout 2022, and she will be aiming to reach a second straight Grand Slam final. The Tunisian player has knocked out two seeds on her way to this stage, and she saved her best performance for the quarterfinals, as she eliminated Ajla Tomljanovic in straight sets.

Jabeur has won both previous meetings between the two players. Both victories have come on the hard surface, which includes her latest victory at the Australian Open in 2020. However, the momentum that Garcia is carrying is key for us, and we could see her reaching a first ever Grand Slam final.

The match up between Iga Swiatek and Arya Sabalenka could have easily been the final of the US Open. These two stars are among the brightest in the women’s game, and both have shown excellent form throughout the Grand Slam this year.

Iga Swiatek has been the favorite to win a third Grand Slam title throughout the competition, and she has taken her game on this surface to a new level over the past ten days. She has dropped just one set on her way to this stage, but she looked irrepressible in the previous round as she beat Jessica Pegula in straight sets. The Polish player won seven from eleven break point opportunities, and won 36 service points.

I’ve long been under the assumption that Aryna Sabalenka will be a Grand Slam winner at some point. It’s always been likely that the 24-year-olds maiden will be broken on a hard surface, and she has constantly impressed at the US Open, reaching the semi-finals in each of the previous two years. She was excellent in the quarterfinals, as she easily got past Karolina Pliskova in straight sets. In that match, she hit seven aces, and won 70% on her first serve.

Swiatek has an excellent record against Sabalenka this year, as she has won all three previous meetings. However, the latest match on the hard court in 2021 was won by the Belarusian.