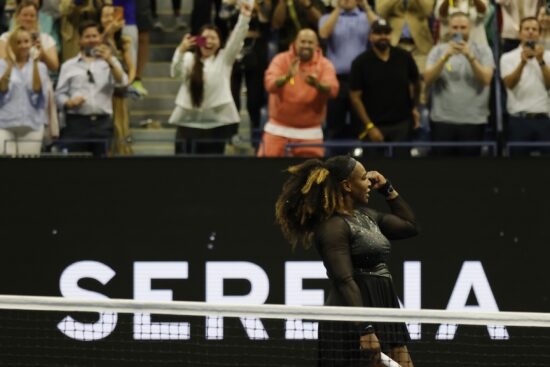 Another gripping day of action in the women’s US Open draw takes place on Friday. Serena Williams will be the standout star in action, as the legendary player looks to reach the fourth round of the competition. You can find our US Open predictions for the women’s third round here.

US Open Women’s Third Round Schedule

Serena Williams’s dream of a record-equaling Grand Slam title on her final appearance remains alive. The legendary player kept her dreams alive with a thrilling victory in the second round against second seed Anett Kontaveit on Wednesday. Williams won a thrilling final set 6-2 to book her place at this stage, and on the basis of that performance, a record Grand Slam title may not be impossible.

Aija Tomlijamovic looks set to give Williams a good game in the third round on Friday. The Australian produced an excellent comeback in the previous round to beat Evgeniya Rodina in three sets. However, the Australian has never gone further than the third round at the US Open in her career.

Another former champion in third round action on Wednesday is Bianca Andreescu. The Canadian looked back to her very best in the previous round, as she dominated Beatriz Haddad Maia. She won in straight sets, winning 77% of the points on first serve. That momentum could be crucial for this third round tie against an in-form Caroline Garcia.

Garcia’s excellent run on the hard courts has carried over at the US Open throughout this week. She is yet to drop a set in two previous matches, and was a very commanding winner in the second round on Wednesday against Anna Kalinskaya. The success she achieved at the Cincinnati Masters has certainly given her confidence, and we expect her to come through this test with the win.

It will be an all-American affair in the women’s third round on Friday, as Coco Gauff takes on Madison Keys. Both players are seeded for the Grand Slam, and the betting highlights that this should be a close match-up. Gauff is the current favorite in the betting, as she has looked very strong in both previous rounds. She is yet to drop a set, and she was excellent against Elena Ruse in the previous round.

Madison Keys could be the value in the betting, as she overcame a very sticky test in the previous round against Camila Giorgi. Keys won in three sets, and hit eight aces. We could see her getting the win against her compatriot on Friday.