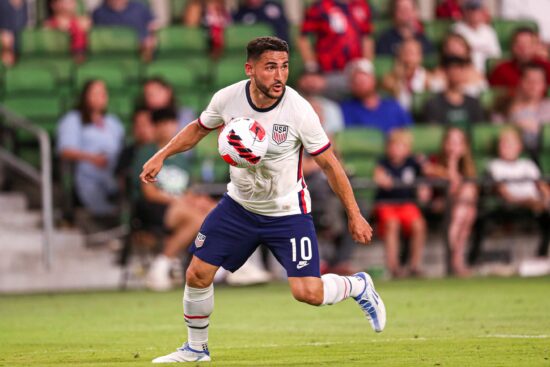 With the World Cup in Qatar starting in less than two months, the participants are making final preparations. Japan and the United States meet to see where they stand at the moment and have certain adjustments if needed.

Both of these two units will find themselves in Qatar, meaning that this is a perfect test for both.

Despite not having all of the best players at the EAFF E-1 Football Championship playing with some other guys, Japan’s three clean sheets are impressive. Hajime Moriyasu will try to keep the morale high and use the confidence to strengthen the back line even more.

The Japanese team was confident in the World Cup qualifiers, taking the second spot behind Saudi Arabia, and clinching the ticket to Qatar early on. In 10 games, they would allow only four goals, while scoring 12 on the other end.

This team plays fast and very mobile soccer, with all the players coordinating well on the field, creating pressure throughout all 90 minutes due to fantastic stamina and physical shape.

Head coach, Gregg Berhalter, summoned all the best players, as he wants to create a competitive atmosphere even though this is only a friendly matchup. The experienced coach is aware that he needs to have all of his players as sharp as possible before the start of the tournament.

The US team had very tough qualifiers but managed to find itself among the top three teams in the CONMEBOL zone. Though, that was a positive thing for this unit, because it needed to show character following big blows and challenges.

Christian Pulisic leads the way, with all the players at Berhalter’s disposal. For the moment, we didn’t hear any information about the potential absences.

Japan vs USA Head to Head

Japan and the US team didn’t meet often. The last head-to-head game was in 2006, also a friendly international, in which the US triumphed, 3-2.

Both teams like to play aggressive and straightforward football, which should make things interesting in Dusseldorf. Japan is trying to score no matter the rival, and we saw that on numerous occasions in the past, while the US also knows to be offensive-minded, especially if the rivals aren’t defending.

The individual quality is on the US side, though, we need to add that the Japanese look better as a team, having better chemistry on the field. We wouldn’t go into picking the winner of the contest but focus on goals, with the best possible pick Over 2.5 goals.