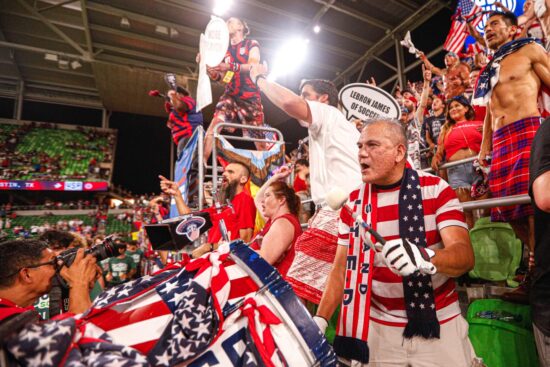 The US men’s soccer team was disappointed against Japan in a friendly international played on Friday in Germany. They will have a chance to improve their overall impression against Saudi Arabia. Otherwise, things won’t be great for the head coach Gregg Berhalter who doesn’t have too much time to make adjustments before the World Cup in Qatar.

Saudi Arabia, on the other hand, is in the same situation, playing badly in the previous events. They, too, want to bounce back and boost the morale before the tournament in Qatar kicks off.

Pale Performance Against Japan a Reason for Concern

Despite the fact that Berhalter mixed his lineup a little bit, we have to be honest and say that the Japanese team outplayed the Americans in pretty much all the aspects of play.

The US team had more ball possession, yet they were without any creativity and momentum, and the result of that is zero shots on target throughout 90 minutes. A 2-0 defeat is an excellent outcome knowing that the Japanese had plenty of chances for scoring.

This was the third time in the last five games that the American unit failed to win, with the note that in the last friendly international, they also couldn’t score, 0-0 against Uruguay in June.

Only two victories in the past 10 games are enough for the Saudi fans to be worried about their World Cup future. The most recent goalless draw against Ecuador again showed numerous flaws this crew has, with scoring being the most significant one.

In three straight events, this unit couldn’t score, losing the other two with a minimal result, one against Colombia and the other against Venezuela. In general, this team plays rough and inefficient football. Therefore it isn’t odd to see all of their previous 10 events ending with two goals at most.

Their strategy is to protect the net and attack through counter-attacks or set pieces. Simply, the lack of quality players is forcing them to apply such tactics.

We have two meetings between these sides, one in 1999 at the FIFA Confederations Cup 2-0 for the USA and seven years earlier at the same competition when Arabia won 3-0.

As said, Berhalter is going to find himself in a very awkward situation if the US team fails to win here, even though this is a friendly game. The difference in quality is far too great for any explanation, which is why we predict USMNT’s triumph in Murcia. They can’t allow ruining the morale with the World Cup around the corner.