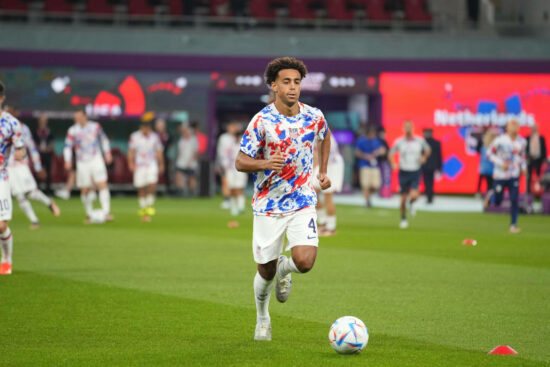 If you’re looking for the latest predictions and odds for USMNT vs Serbia, look no further than Vegas Odds.

USMNT and Serbia are playing a friendly match on Wednesday, January 25, which will give an opportunity to both coaches to try out new tactics. Interim coach Anthony Hudson, for instance, has given a call to 13 youngsters who are looking for their first cap in the USMNT jersey.

Meanwhile, Serbia’s roster for the international friendly is made up of players from only two leagues – the Serbian Super Liga (17 players) and the MLS (3 players).

We won’t see any superstars on the pitch on Wednesday as both rosters consist of relatively inexperienced players. Team US has 11 players who haven’t previously received a call-up. Plus, there are two more who’ve been a part of the USMNT but who are yet to record an international cap.

When it comes to Serbia, there are 17 players playing for clubs from the country’s domestic league. However, the two most successful Serbian soccer clubs – Red Star (Crvena Zvezda) and Partizan – have decided against letting their players go to America due to club duties.

This team also has three players from the MLS, the most high-profile of which is 23-year-old Los Angeles Galaxy forward, Dejan Joveljic. Meanwhile, there are 14 MLS players on the USMNT roster.

As it’s a friendly, this match has no major importance for either side, apart from allowing debutants to showcase their talent. That said, we probably won’t see a super-exciting match. Instead, we predict a sort of slugfest, similar to the most recent USMNT vs Serbia game, which ended 0-0 some five years ago.

Talent-wise, America’s roster is much better than Serbia’s. Still, we just can’t see the USMNT blowing out the opposition. Rather than going all-in on Wednesday, they’re going to take things easy. In turn, we should see the Americans win, but only by a goal or two.