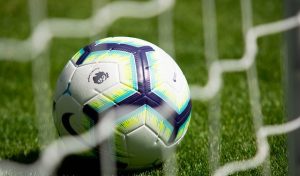 Manchester City defeated Real Madrid, while Lyon lost but still eliminated Juventus from the Champions League. The Citizens and the Kids will meet in the quarterfinals of the elite European competition in eight days.

One of the best defenders in the world, Raphael Varane is the main man to blame for Real’s 2-1 loss at Etihad tonight. The French centre-back made two amateur mistakes, which in the end, cost his team a lot.

He was a replacement for suspended Sergio Ramos, and apparently, Varane wasn’t ready at all to take part in tonight’s event.

His first mistake happened after nine minutes, when Gabriel Jesus took the ball away from him, assisting to Raheem Sterling for 1-0. It was a morale killer for the guests who came to England after 10 straight wins and a draw in the last round of La Liga against Leganes.

Somehow, Los Blancos bounced back, regaining confidence, and equalizing through Benzema, whose header hit the back of City’s net, giving some hope to Real’s fans and the players. Yet, it seemed that this might be just temporary as Citizens shifted into a higher gear and began attacking with more motive and desire.

De Bruyne, Sterling, and others had a few solid chances to bring back the lead, but they couldn’t score for various reasons.

The early second half saw a good fight on both ends of the pitch, but another poor decision of the French player buried all prospects for Real’s advance to the next phase. This time, Jesus scored after Varane’s clumsy reaction, setting the final result.

Following all this, everything was routine for City who didn’t allow Real to endanger the lead, shutting down the game and progressing to the top 8 European clubs.

Lyon would withstand a heavy pressure of the Old Lady in Turin, and even though the French representatives lost 2-1, the result from the first leg, 0-1, secured them the place among the top eight UCL clubs.

Lyon’s character, Juventus’ inferiority and lack of sharpness, along with several other minor things, prevailed on the Kids’ side in this event.

The only one among the hosts who was really trying was Cristiano Ronaldo, who scored two goals, one of them beautiful. The first was a penalty after Memphis Depay handballed after Miralem Pjanic’s free-kick.

A second was in the latter 45 minutes, and it was a bomb from some 20 yards, with his left leg. Until the end of the game, the Portuguese had two more chances from free-kicks, but he didn’t do anything.

Lyon’s only goal of the event came after just 12 minutes, when Bentancur took down Aouar in the box. The ref awarded a penalty, and Depay calmly scored, shocking everybody present.

These two sides will play in the quarterfinals of the Champions League. The game is set for August 15, which is next Saturday. City is a massive favorite, but after seeing what happened to Juventus, nobody can be that sure anymore.