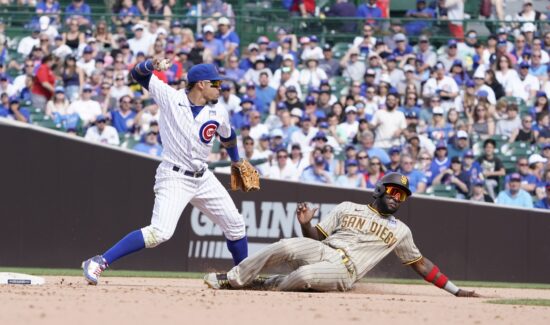 The Chicago Cubs have moved into first place and will try to continue that momentum when they visit Petco Park Monday to face the San Diego Padres. The Padres have fallen out of first place in the National League West recently and will be looking to get back on track.

The Chicago Cubs come into play with a record of 33-26 and in a tie for first place in the National League Central Division with the Milwaukee Brewers. The teams lead the St. Louis Cardinals by 2.5 games. The Cubs snapped a three-game losing streak Sunday when they defeated the San Francisco Giants to salvage the last game of the four-game series.

On Monday, when they take on the Padres, they will send right-hander Adbert Alzolay to the mound. Alzolay has a record of 4-4 with a 3.62 ERA. He has struck out 58 hitters while walking 11. Third baseman Kris Bryant is the Cubs’ leading hitter with a .309 batting average. Shortstop Javier Baez leads the team in home runs with 14 and RBI with 39.

The San Diego Padres come into play with a record of 36-25 and in second place in the National League West. The Padres trail the San Francisco Giants by two games in the division race. San Diego is coming off a weekend where they split a four-game series with the New York Mets at home.

On Monday, San Diego will send lefthander Ryan Weathers to the mound. Weathers is 2-2 with a 2.06 ERA. He has struck out 29 hitters while walking 12. He last faced Chicago six days ago, and he took the loss after allowing four runs in five innings. San Diego’s leading hitter is second baseman Jake Cronenworth, who is hitting .276 on the season. Shortstop Fernando Tatis Jr. leads the team in home runs with 17 and RBI with 39.

The Cubs have been a bit of a surprise this season after losing some key pieces to their starting rotation in the offseason. San Diego has been one of the league’s best teams all season long. The pitching matchup is pretty even, so when the bullpens come into play, San Diego has a better bullpen. The teams’ lineups are separated by just two points in team batting average. So, again it will come down to the bullpen, and San Diego has the advantage there, so they should win a close game.