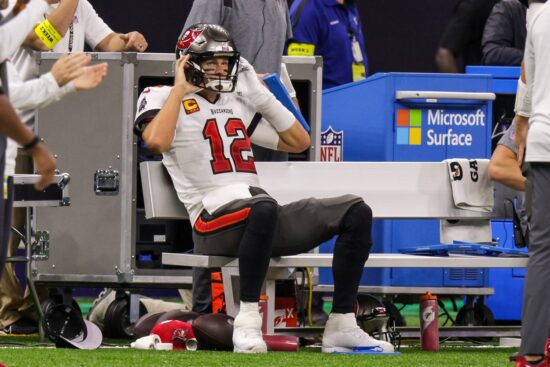 Tom Brady chose laces over love this offseason, opting to return to football for one more (?) season when his wife Gisele Bundchen had wanted him to retire while he still had his cognitive abilities in tact. Brady did retire shortly – for 40 days – before coming back for his third season with the Buccaneers, a decision that doesn’t look great considering Tampa Bay is 3-5 on the year and in the midst of a three game losing streak following Thursday’s 27-22 loss to Baltimore.

While Brady’s chances at a Super Bowl ring are still alive considering how bad the NFC South is, it looks like he’ll be taking a different ring off after Bundchen and the G.O.A.T. announced Friday that they had finalized a divorce after 13 years of marriage.

The split seems amicable and friendly with both parties expressing their fondness for their time together on their respective Instagram pages. They reiterated their two children (as well as Brady’s son from his relationship with actress Bridget Moynahan) will continue to be the center of their lives, and neither should have to turn to Farmer’s Only to find their next date.

That brings us to what the future holds romantically for Brady. He seems married to football for now, but the Buccaneers have a trip to the Germany game coming up on November 13th against Seattle and have a bye after that so is it dating season already?

The odds are out for who Tom Brady’s next girlfriend will be and the list is a doozy: