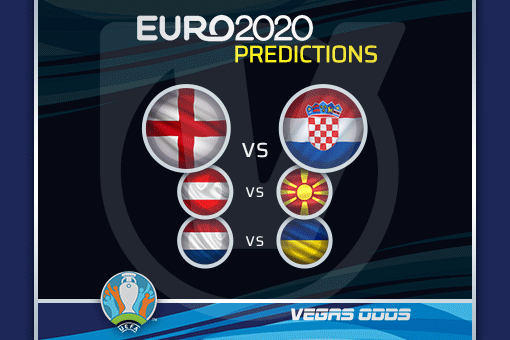 These two sides met in the semis of the previous World Cup in Russia. For those who forgot, the Croats won after extra time with Mario Mandzukic scoring and ending England’s dreams of winning the World Cup title.

Now this will be a massive motivation for the Three Lions, who had a few more unpleasant experiences against Croatia. Head coach Gareth Southgate had some minor troubles before this match regarding injuries, but that won’t be too big of a problem for him to cover up. England comes in this match with six straight wins.

Croatia still has Luka Modric and several more players from the World Cup in Russia, but it is obvious that the time has caught up with them. This especially goes for the defense, who became a bit sluggish in recent times. After hearing this, it is no wonder why when realizing that the Croats won just twice in the past seven games. And what is more important is the fact that they lost against all the top European teams.

With the game taking place at Wembley and England being in far better shape than their rivals, the only logical solution here is to bet on the hosts’ victory.

Austria has a solid team with several teams playing for top European teams, like David Alaba, Marcel Sabitzer, or Marko Arnautovic. We find it amazing to watch them because this unit plays open and offensive football, scoring but also allowing plenty of goals.

North Macedonia came here through the UEFA Nations League playoffs, beating Georgia in the finals. This is the biggest football success in their history and something that even their fans didn’t expect to see. Goran Pandev, a member of Inter’s generation that won the Treble, is the biggest star in the squad.

The Austrians have a nice chance to win and open the tournament with three points which would be a big boost of morale for them before the upcoming challenges. They are a far better unit when looking at the overall picture.

Oranje came to this championship without Virgil Van Dijk, which can’t be covered up. Liverpool’s defender is one of the best players in the world, and the absolute leader of the Dutch national team. With him in the lineup, Oranje is capable of competing for the highest honors, but in this case, they are far from that level.

When discussing the Netherlands’ recent games, all of them were efficient, as six of the past seven saw over 2.5 goals.

On the other side, Ukraine didn’t lose in the last six games. Though they haven’t been winning a lot either, posting just two triumphs and four draws. Legendary Andriy Schevchenko leads this team, consisting of several very talented youngsters who won the U20 World Cup two years ago.

Our pick here is to bet on both teams scoring. Ukraine has a solid attack but a mediocre defense, which could also be said for the Netherlands.

Pick: Both Teams to score