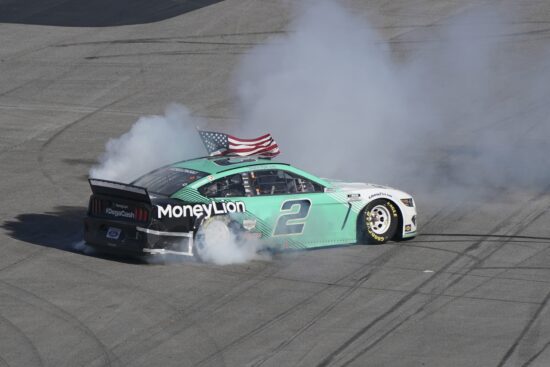 It has been an excellent season of NASCAR action to this point, and it looks set to continue with an exciting Buschy McBusch Race 400 set to take place this weekend. But, which driver will claim the victory at the Kansas Speedway track?

This race covers 400.5 miles, which includes 267 laps of the circuit. Each of the opening two rounds has eight laps, while the final stage of the contest will see drivers compete for over 107 laps. The race was previously known as the Super Start Batteries 400 presented by O’Reilly Auto Parts but was renamed due to the change in sponsorship.

Since the race has only competed for the past ten years, there are a number of drivers since racing that have won the Buschy McBusch Race 400 previously. Brad Keselowski is the most successful driver in this race, as he has won on two occasions. His second victory came in 2019.

Meanwhile, Denny Hamlin is the only other two-time winner of the race, as he won last year for Joe Gibbs Racing. Toyota is the most successful manufacturer, as they have won five of the ten previous races.

Brad Keselowski will start in pole position this weekend, and given his excellent record in this race, he could be one that is worth a bet. Keselowski won the race in 2019 for the second time.

His second victory came eight years after his first in the Buschy McBusch Race 400. He certainly comes into this race on Sunday in good form, as he was the winner of the GEICO 500 last weekend.

Kyle Larson is the driver at the top of the betting. He has won just once this season, with that victory coming in the Pennzoil 400. Martin Truex Jr won this race in 2017 and could be a good value for a third win of the season. He has previously won the Instacart 500 and the Blue-Emu Maximum Pain Relief 500.

This could be a thrilling contest this weekend. However, we would have to side with the current leader of the Drivers’ Championship. Denny Hamlin has been in great form this season and has finished on the podium in five of the previous ten races. He has also won the Buschy McBusch Race 400 on two previous occasions, including last year.