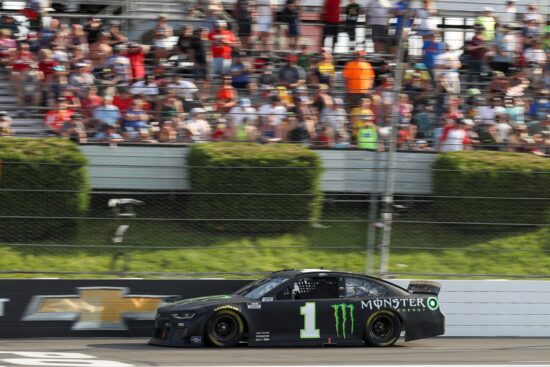 There will be a welcome sight in the NASCAR Cup Series this weekend, as the first renewal of the Made in America 250 since 1956 will be taking place. Talks have been ongoing about having the Road America venue hosting a NASCAR Cup Series race for a number of years, and there will be great excitement that the race is finally a part of the schedule.

Made in America 250 Schedule

Made in America 250 Vegas Odds

Made in America 250 Preview

The Made in America 250 will be taking place at Road America, which is situated in Elkhart Lake, Wisconsin. It will be the first time that the race has taken place since 1956, when it was previously called the International Stock Car Road Race. That race took place on August 12th, and there were 252 miles competed. The race was eventually won by Tom Flock for team Bill Stroppe.

This weekend’s race will see drivers involved compete over a distance of 250 miles. Drivers will need to complete a total of 62 laps to win the Made in America 250. The first 14 laps will make up the opening stage before the next 15 laps make up the second stage. The final stage of the race is made up of 33 laps.

Since there hasn’t been a Made in America 250 since 1956, there are no past events that gamblers can use as inspiration to make a bet. Chase Elliott is currently the leading chance in the betting, but he has slipped to sixth in the Drivers’ Championship after finishing 12th in the Pocono Organics CBD 325 and 27th in the Explore the Pocono Mountains 350.

Kyle Busch enjoyed a fine weekend on the track last weekend, as he finished on the podium in both races. He recorded a second victory of the regular season in the Explore the Pocono Mountains 350. That victory saw him move up to fifth in the standings and means that he comes into this race having finished inside the top ten on five occasions in the last six races.

Kyle Larson is also a leading contender. He finished second in the most recent race and was ninth in the Pocono Organics CBD 325. It will be hard to ignore Larson in the race taking place this weekend.

Made in America 250 Pick & Prediction

Who will win the Made in America 250 this weekend:

It looks to be a high-quality race taking place this weekend. However, we believe that Busch will be the driver to win the race, as he has been in excellent form recently.