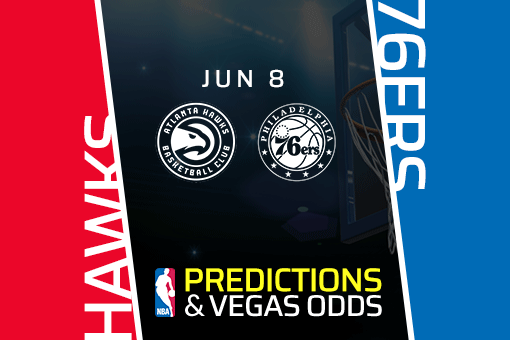 To be honest, we knew that the Hawks are good, but we didn’t expect to see them taking Game 1 of the series against the Philadelphia 76ers.

The home team has to respond now and show a sense of urgency; otherwise, this could be a shock they can’t recover from.

Young Has a Pretty Good Support

Thirty-five points Trae Young scored wouldn’t mean anything if it weren’t for Bogdan Bogdanovic. The Serbian shooter hit a crucial three-pointer with the game on the line, and after that, closed the match with two successful free throws. In the end, Bogi had 21 points, made five threes, and assists each.

John Collins was the man who provided the difference when it comes to scoring from under and around the rim with 21 buckets as well, and the athletic forward had an extremely good game. Kevin Huerter added 15 buckets and Clint Capela 11 with 10 boards.

So when you come to look at this, the Hawks are way more than just Trae, as some media houses are trying to present it. Yes, he is the leader, and he scores awesome numbers, but he did the same as before, yet the Hawks weren’t competitive.

Philly was down 53-27 midway through the second period, having one of the worst game openers this year. Doc Rivers didn’t know what to do because of the Hawks’ superb shooting performance. On the other side, the Sixers were terrible in those moments, apart from Embiid, who played well.

Once mentioning him, the Process is fully prepared to take all the challenges in this series. The Cameroonian center ended Game 1 with 39 points, game-high, and nine boards with four assists. Seth Curry scored 21, Tobias Harris 20 and 10 rebounds, while Ben Simmons added 17 with 10 assists.

Poor shooting might be one of the biggest issues for the hosts on Sunday. They had only 10 three-pointers, which is one-half of Atlanta’s productivity from the same area.

Hawks vs 76ers Head to Head

The Hawks have one win in the regular part of the campaign, in the first meeting between these two sides. Philly won the next two. both at Wells Fargo Center

Hawks vs 76ers Prediction and Pick

Despite losing the first match, we believe that they have all it takes to defeat the Hawks tonight. Plus, the situation is forcing them to. If they don’t, it will be a big surprise, and it could end their dreams of reaching the finals and attacking the title. So it means that Philly doesn’t really have any other option but to win, and we are counting on that. Sometimes, you need to go along with the flow.