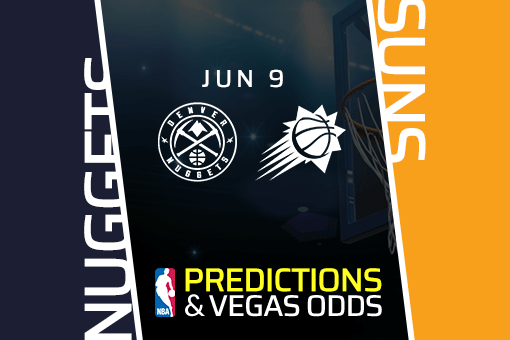 Nikola Jokic won his first NBA MVP award last night and the first one in Denver’s history. This will undoubtedly be a major boost for the team from Colorado in tonight’s Game 2 against the Suns.

Meanwhile, the home side looks to secure a 2-0 lead against the Nuggets before visiting Mile High.

Really, the Joker was the best player in the league this year. That is a fact, regardless of all the headlines and the open dislike of the media towards this guy. His performances throughout the 2021 season have been astonishing, and we need to appreciate this guy and to have the opportunity to watch him play.

The Joker had 22 points in Game 1 and nine boards, way below his usual level. But what is more important is that he didn’t have any help apart from Aaron Gordon, who scored 18 buckets. And to be honest, that isn’t Gordon’s role in the team. Michael Porter Jr. had just 15 points, and 6-for-13 shooting from the field, while Monte Morris added miserable two points, 1-for-10.

Despite all that, the Nuggets looked well until the third period, once they collapsed and allowed the Suns to break their resistance. Will Barton won’t be ready for Game 2 as well, so Mike Malone has to wake up his players.

The biggest strength of this team is their mentality. The Suns don’t oscillate a bit, regardless of the result and the current situation on the field, but keep on grinding at the same pace.

That was the recipe for the win in Game 1. The Nuggets seemed better, but the hosts took over the wheel in the third, closing this event without any problems. All this is because of Chris Paul, who orchestrates the Suns’ game perfectly. The veteran had 21 points and 11 assists with six boards but was also there to control the rhythm and the flow of the match.

Devin Booker had 21 points and 8 assists, Deandre Ayton 20 and 10 boards, while Mikal Bridges scored 23. As you see, four players in Phoenix had 20 or more points, and the Nuggets’ defense didn’t stand any chance against such a diverse attack.

Game 1 of the playoffs was the first matchup between these two sides in the 2021 campaign, where hosts won. During the regular season, the Suns were better in Colorado, while Nuggets triumphed twice in Phoenix.

Nuggets vs Suns Pick and Prediction

The spread on the Nuggets is +6, and in our opinion, this is too high. We are aware that they might have a shorter rotation, but still, this is too much. Our prediction here would be the Nuggets with the spread because of Jokic’s MVP boost and the sense of urgency after losing the opening game of the series.