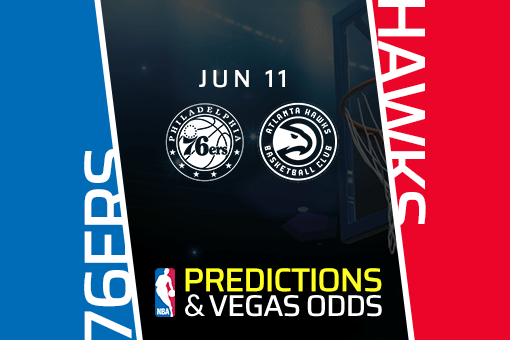 Good shooting for three points has been one of the key ingredients in Philly’s wins this season. They aren’t a team that scores too many points from downtown, but that aspect of the game is vital to them, because of other things. Joel Embiid knows that the best.

When Philly’s shooters have a solid night, the defense is stretched, and the Process has a much easier task under and around the rim. For instance, he had 40 buckets in this match. Tobias Harris had 22, shooting 11-for-18 for two points.

Seth Curry and Shake Milton disturbed Atlanta’s defense, not allowing the backcourt players to help their teammates. These two guys scored nine threes, shooting close to perfection, Curry 5-for-6, and Milton 4-for-5. Instead of making the paint and the area around crowdy, Young, Bogi, Huerter, and the rest fully focused on their direct rivals.

Atlanta’s Defense to be Tested

So the Hawks are allowing 103,9 points in these playoffs. Nate McMillan’s team has been around that range in the finish of the regular part of the campaign as well. But against the 76ers, it seems that their defense doesn’t have too much success in making stops. Game 1 saw them allowing 124 points and 118 in Game 2.

We’ll see how they handle the No.1 seed at their own court in Georgia, but to post a win, all the players have to be at a much higher level. We are aware that the offenses will win this series, but a few stops have to be made at some point.

The key guy in that equation is Clint Capela. If he manages to stop or slow down Embiid, that would be excellent for the Hawks. He currently averages 10.1 points and 12.1 boards, but those numbers will have to be higher.

76ers vs Hawks Head to Head

The first game ended with the Hawks winning, 128-124. The guests from Georgia had a massive shooting spree in the first half, but nearly lost the game. Philly didn’t allow any surprises in the second match, routinely posting a routine win, 118-102.

76ers vs Hawks Prediction and Pick

This will be a hard match for prediction, but we believe that the Hawks have the strength to pull another surprise and beat the 76ers. We are going with this pick primarily because of the fact that McMillan’s boys play much better at home, where they have the opportunity to be a little bit more aggressive because of the home-court atmosphere.

The Hawks always try to set up a bit tougher foul criteria once playing in Atlanta, and we’ve seen that frequently in the past. If you have some concerns about this suggestion, go with under 224.5 points which is the current line for totals.