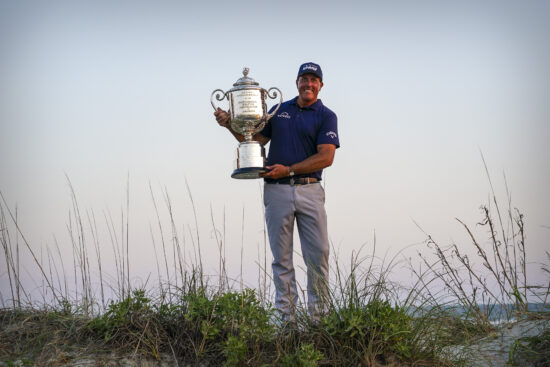 It’s one of the most exciting times of the year for many sports as the playoffs are underway, and dreams can be made or shattered in a matter of seconds.

There’s been plenty of talk about the new Play-In Tournament in the NBA play-offs, and opinions tend to vary depending on how it affects your team.

For the neutrals it’s added undeniable drama and excitement, while there’s mainly a sense of relief if your team made it through and anger if you’re LeBron James.

In fairness his LA Lakers did make it through so this isn’t a case of sour grapes, but he has said that whoever came up with the concept should be fired.

On a brighter note, there was an incredible story at the PGA Championship where the 50-year-old Phil Mickelson turned back the clock to produce a stunning win, and there will now be hopes that he can push on and play a vital role in the Ryder Cup.

The NHL playoffs are also underway with some early drama, so here’s a recap of the biggest stories and events from sports: