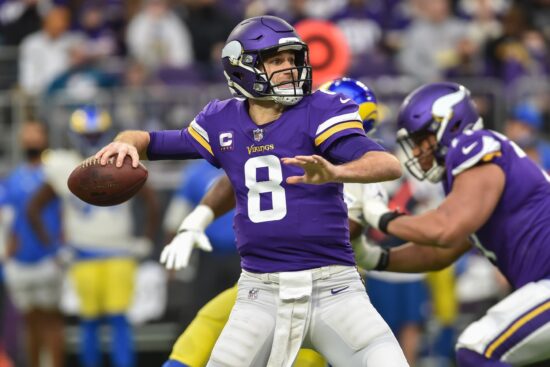 This game means everything for the Minnesota Vikings. If they win on Sunday, they would get one step closer to achieving their goal of making the playoffs. If they lose, they can say farewell to the postseason. The bad news for the Vikings is that their Week 17 opponent is the #1 team in the NFC Rankings, the Green Bay Packers.

The Packers are riding on a four-game win series and are the only team in the entire NFL that’s still without a loss at home. If they win once again at Lambeau Field, they could secure the top seed in the conference. For that to happen in Week 17, they also need to see the Dallas Cowboys losing.

Nevertheless, both teams have so much at stake, which is why it’s only logical to assume a real thriller awaits us on Sunday.

Dalvin Cook to Help the Vikings in Week 17

The Minnesota Vikings are 7-8 in 2021 and with just two weeks left, their chances of making the playoffs do not look very good. However, things can change easily if they beat the Packers on Sunday. In that case, a win over the Chicago Bears in the final week of the regular season would probably mean booking a ticket to the playoffs.

The trouble is that beating the two of their NFC North rivals isn’t going to be easy. Obviously, this goes especially for the Packers who are currently joint Super Bowl favorites with the Kansas City Chiefs.

On the bright side for the Vikings, their history with the Packers is not too bad. This goes especially for their previous two meetings, both of which finished in Minnesota’s favor.

Another thing going in the Vikings’ favor is that most of their key offensive players are back on the roster. The news is that running back Dalvin Cook has been activated from the COVID list and will play on Sunday. Cook was one of the Vikings who scored a touchdown in their first duel with Green Bay which they won 34-31. The other three Minnesota TDs were scored by wide receivers Adam Thielen and Justin Jefferson.

Jefferson is healthy and ready for the Week 17 clash, but Thielen isn’t. He’s out for the season with an ankle problem. This, however, isn’t much of a problem for his team as the Vikings have plenty of super-talented receivers at their disposal.

In addition to Jefferson who’s their leader in receiving yards, they also have WR K.J. Osborn, as well as tight ends, Tyler Conklin, Chris Herndon, and so on.

Do the Packers Care About the #1 Seed in the NFC?

Green Bay’s coach Matt LaFleur has two options before him ahead of Week 17. The first one is to push his best players to the maximum to ensure they win the #1 seed in the conference. The second option is to tell them to relax, keeping the risk of injuries to a minimum.

The latter might be the better solution, especially given the fact that the Packers haven’t been too impressive lately despite winning four straight games. Last weekend, for example, they beat the Cleveland Browns by just two points. A week earlier, they defeated the Baltimore Ravens by a single point.

Maybe their key men need to take a breather? Otherwise, we might not see them getting far in the postseason.

The Packers look like a team that could defeat anyone on their turf, let alone the Vikings. Still, knowing that this is a must-win game for Minnesota, we will probably see a real battle on the field until the very end. That said, it’s very likely that only a couple of points will decide the game.