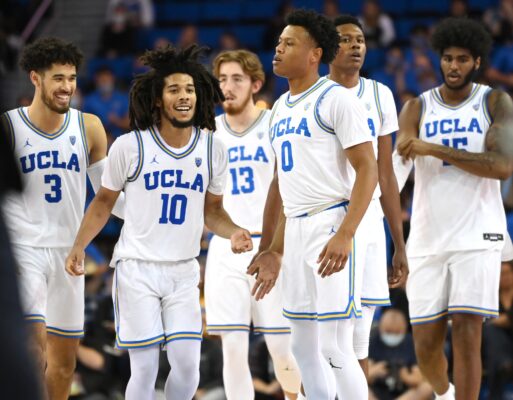 The Villanova Wildcats travel out west to take on the UCLA Bruins Friday night. This should be a great matchup between two powerhouses and the first real test for either team this season. Both teams have March Madness aspirations, and this is the first of many tests for these two schools this season. Look for a great late-night battle between these two on Friday night.

UCLA Bruins – The Second Best Team In The Nation

The UCLA Bruins are coming off a preseason ranking of number two in the nation, behind only the Gonzaga Bulldogs. The Bruins opened their season by defeating CSU Bakersfield 95-58. The Bruins had five different players in double-digit scoring, with their senior guard, Jules Bernard leading all scorers with 19 points. Johnny Juzang, the other guard, a junior, also added 19 of his own points in the Bruins opening game. Another junior guard, Jaime Jaquex Jr. put up 14 of his own points. Tyger Campbell and Jaylen Clark both added ten points apiece to round out the double-digit scorers for the Bruins. The Bruins have a lot of upperclassmen leadership, especially in the backcourt, while will help them in the long run. The Bruins were able to shoot 50% from the field but made only 76.9% of their free throws, a number that has to be much higher if they wish to succeed this season.

The Bruins defense gobbled up 44 rebounds, had seven steals and eight blocked shots in their opening game of the season. On top of those stand-out stats, the Bruins also held their opponent to a field goal percentage of 37.5.

This should be a great early-season matchup, something we don’t often get to see. The East Coast audience will have to stay up late for this one, but it promises to be a great showdown in Los Angeles. Look for the Bruins to come out victorious, but Villanova to give them a run for their money.