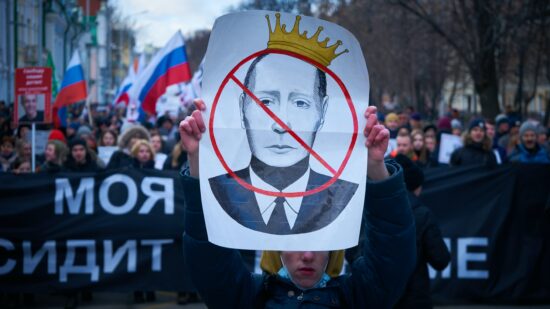 Having chosen to invade neighboring country Ukraine earlier this year, Russian president Vladimir Putin continues to find himself front and a center of an international conflict.

Although it is not exactly known how either country is faring in this tragic war, Russia is certainly the more aggressive and following a recent national broadcast made by Putin, tensions do not look like easing anytime soon.

Speaking to his citizens on the morning of September 21, Russian state TV broadcast Putin addressing the nation and seemingly issuing the West, including the United States of America, with a worrying threat.

Clearly adamant that his tactics are for the good of his country, not only did Putin state that an additional 300,000 Russian military reserves have been called up, but the 69-year-old also confirmed his willingness to unleash nuclear weapons on his enemies and made assurances that his threat was ‘not a bluff’.

When it comes to his health, given the secrecy surrounding the Russian president, it is almost impossible to find any kind of clarification with regard to his health status.

However, several users on social media have been quick to suggest that the head of the Russian state may not be in the best health.

Viewers have noticed that Putin does not often move his left arm and hand while addressing the nation – promoting suggestions he may be suffering from a serious underlying health condition.

There have also been reports that the 69-year-old suffered serious ‘coughing fits’ prior to his most recent broadcast, although it is important to note that none of these reports have been confirmed.

Despite working for the KGB as a foreign intelligence officer for 16 years, Putin, who climbed to the rank of lieutenant colonel, resigned in 1991 to pursue a career in politics. He was appointed prime minister in August 1999 and following the resignation of Yeltsin, then became acting president just four months later.

Shortly after, Putin was elected as Russia’s outright president before being re-elected in 2004.

Although Putin then served as prime minister again from 2008 to 2012 under Dmitry Medvedev, he returned to the presidency in 2012 via election and was reelected in 2018.

In April 2021, following a referendum, Putin signed into law constitutional amendments including one that would allow him to run for re-election twice more, potentially extending his presidency to 2036.

However, taking into consideration just how much turmoil Russia is in, it is very possible that Putin may not see out the full amount of time he is legally eligible to serve.

Whether by resignation, death or coup, could one of the world’s most divisive and feared leaders exit his controversial presidency ahead of time? – Let’s look at the current betting markets.