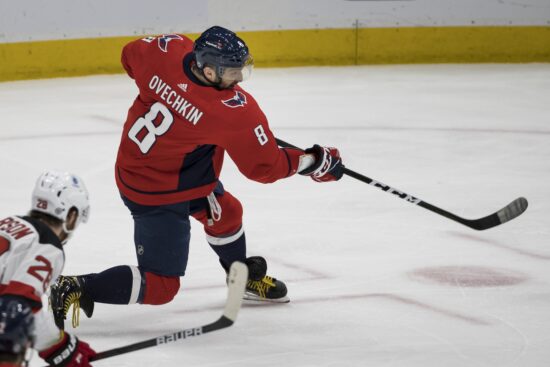 Moves are being made off the ice by teams around the NHL as they look to strengthen ahead of the start of the 2021-22 season. There have been a few huge decisions made over the past weekend, with Jakub Voracek among the biggest movers over the past couple of days.

One of the biggest moves over the weekend was announced on Saturday, as the Columbus Blue Jackets were able to bring Jakub Voracek to the franchise. Cam Atkinson was used in the deal by Columbus, as he will be playing for the Philadelphia Flyers next season. Voracek is no stranger to the Blue Jackets fans, as he played for the franchise after being drafted at seventh overall in the 2007 Draft. He made an immediate impression with the franchise during his first stint, as he played 80 times in the 2008-09 season, scoring 38 points.

The Czech Republic international would improve on those numbers over the next two seasons with the franchise, as he scored 50 points in the following season, before scoring 46 points in the 2010-11 season. However, he parted ways with the Blue Jackets before the start of the 2011-12 season, as he joined the Philadelphia Flyers.

He has spent ten seasons with the Flyers, with his best season coming in 2017-18, as he scored 20 goals and registered 65 assists in 82 regular-season games. His best season in the playoffs to date came in the 2019-20 season, as he played 15 times, scoring four goals and registering five assists as the Flyers made it through to the second round before being knocked out by the New York Islanders.

Despite the signing, the Blue Jackets remain +10000 outsiders with BetOnline.ag to win the Stanley Cup next season.

Capitals To Keep Hold Of Ovechkin

The Washington Capitals are still hopeful of keeping hold of Alex Ovechkin, as they announced over the weekend that they hope to come to a deal with the Russian by Wednesday. Brian MacLellan admitted that both parties want the deal to be sorted, and there is optimism that an agreement can be reached very soon.

At present, the Russian is set to become an unrestricted free agent on Wednesday as his 13-year deal signed in 2008 is set to expire. Ovechkin has already told the press that he is hopeful of staying in Washington for the coming season.

Ovechkin has been an integral part of the Washington franchise throughout his career and is currently the captain. He joined the franchise following the 2004 Draft, where he was picked first overall. The 35-year-old won his first Stanley Cup with the franchise in 2018, and is one of just eight players to have scored over 200 goals in the NHL.