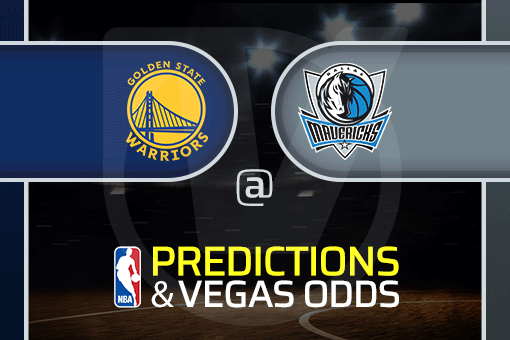 Looking for the latest Warriors vs Mavs prediction? Look no further Vegas Odds has you covered.

The Warriors are winners of three straight coming into Tuesdays nights matchup with the Mavs. Averaging 117 points per contest good for third in the NBA.

Dallas on the other hand has lost three straight coming off a road trip.

The Mavs are averaging 109 points per contest good for 26th in the league.

This is the first meeting between these two teams this season.

Dallas is 8-3 at home this season while the Warriors are 2-9 on the road.

Dallas is 3rd in the league in opponents’ ppg giving up just 107ppg.

Golden State on the other hand gives up 117 ppg to opponents on the season, good for 28th in the association.

This is a matchup between two of the league’s best point guards.

Mavericks star Luka Doncic has been on a tear this season. Playing some of the best basketball of his career. Doncic is averaging 33 ppg this season. Putting up 27 points with 12 assists in his last game versus Milwaukee.

The Warriors have of course been led by Steph Curry who is averaging 31 points and 7 assists a game this season.

These two teams play with drastically different paces. Golden State is 2nd in pace while the Mavs are dead last in pace.

Expect this matchup to not go to script or score projections as it will depend on who can control the pace.

The key in deciding a winner in this game will be the Mavs’ ability to control pace.

For Golden State to win they will need to limit Luka.

If picking a winner; the Warriors are the favorite.