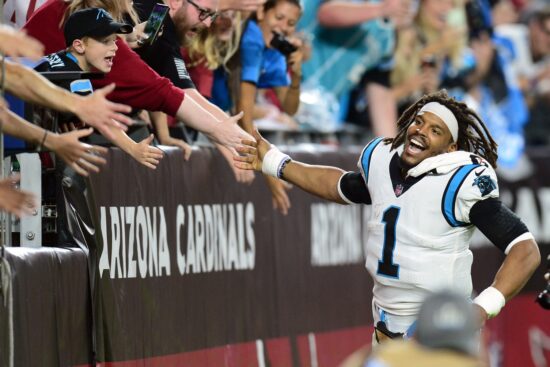 The Football Team suffered a massive blow last week despite defeating the reigning Super Bowl champions, the Tampa Bay Buccaneers. Chase Young is out for the season, and that is something Ron Rivera can’t cover up.

Panthers have trouble too, but at least the team got a morale boost when Cam Newton came back.

A Bad Season for WFT

After reaching the playoffs last season, we thought that the team from DC would be much better. They did win the weakest division in the NFL, NFC East, but still, at that point, the team looked talented and promising. Though, the Football Team didn’t evolve nor upgrade its game during the offseason.

The starting QB, Taylor Heinicke, turned out to be nothing more than an average passer, ad currently has 12 TDs with nine picks for 2184 yards. Still, you couldn’t ask more from a guy who became the starter at the age of 27.

Antonio Gibson is doing a solid job with 506 rushing yards and five TDs, but to be honest, we’ve expected more from him as well. Terry McLaurin has 632 receiving yards for four TDs. Sunday’s win over the Buccaneers, 29-19, might be a boost for them both, and the upcoming contest is the perfect situation to see that.

That is what Cam Newton said once he carried the football into the endzone against the Cardinals. We saw Super Cam scoring a TD so many times before, but this one was special. He’s back home.

The Cards didn’t stand a chance in this one, not only because they didn’t have Kyler Murray and Deandre Hopkins, but also because the Panthers played like possessed. Even though Newton didn’t spend too much time on the field, he was responsible for two TDs, one rushing, and one via toss.

Christian McCaffrey ran for 95 and caught 66 yards, being the ultimate force on the field, while Robby Anderson caught one TD pass. Chuba Hubbard had one running touchdown too.

The Panthers are on fire, and imagine what will be the atmosphere at Bank of America Field once Newton steps on the grass. That should be one heck of a scene. In our opinion, the Football Team has nothing to hope for here, and the Panthers’ win is the only outcome we expect. The spread on the hosts is -3.5 points, which is reachable for the team from North Carolina. All the positive atmosphere and the swing gained over the past few days should be enough to lead them to a win over the pale and declining guests.