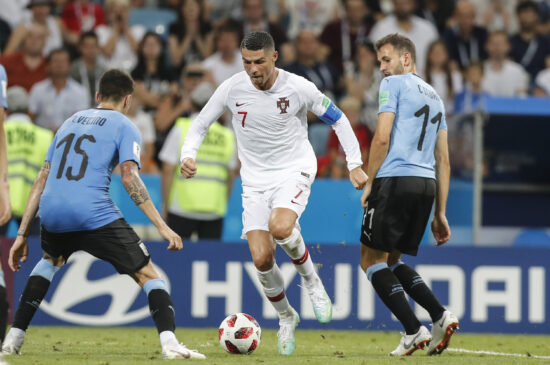 Cristiano Ronaldo and his Portugal head for Serbia to take on the toughest challenge in their World Cup qualifiers. Both Portugal and Serbia often met in the recent past, and Selecao was the one coming out as the winner in most cases. The two teams are top favorites to win Group A and proceed directly to the World Cup. Of course, Portugal’s chances are much higher, and they are coming to Belgrade as the favorites.

Serbs Looking for a Way Out of Crisis

Not reaching the EURO 2021 was a major blow for the Serbian team, who had high hopes for that competition. In the meantime, this team experienced all sorts of meltdowns on and off the field. The entire FA is in problems with its former president, who resigned a few days ago, being charged for various crimes.

The positive thing is that the team got a new coach, Dragan Stojkovic, once one of the world’s best footballers. His debut against the Republic of Ireland was successful, with Serbia winning 3-2.

Fulham’s Aleksandar Mitrovic scored twice after coming off the bench, while Ajax’s Dusan Tadic once again orchestrated the midfield. Serbia didn’t play in their best lineup against the Irish team, and it is expected to see several changes for this event.

Ronaldo and the Guys Full of Confidence

Even though Portugal won just 1-0 against Azerbaijan, all those who watched the match are going to tell you that if it weren’t for the rival’s goalkeeper, this event would have probably ended 5 or 6-0 in Selecao’s favor. That guy had one of the best performances one goalkeeper can display over the past few years.

Overall, Portugal had one loss in the past 11 matches, which came against France in the UEFA Nations League, 0-1. Overall, this team has a very strong defense, and during that stretch, they allowed goals in just three matches.

Ronaldo is the leader of the team, but the new faces are slowly taking over. Bruno Fernandes, Bernardo Silva, Joao Cancelo, Ruben Dias, and ultra-talented Joao Felix are the unit’s main strengths, while Ronaldo became a sort of an upgrade of the same. The X-factor.

Serbia vs Portugal Head to Head

The latest EURO qualifiers saw these two sides clashing. The first match in Portugal saw a draw, 1-1, while the second in Belgrade ended with the guests smashing Serbia, 2-4. Selecao would win during the previous visit to Belgrade.

Serbia vs Portugal Prediction and Pick

The Portuguese side looks better right now, and unlike Serbia, has one world-class player in each position. Serbs can be nasty from time to time, but in this case, we strongly suggest backing up the guests as the winners of this match.