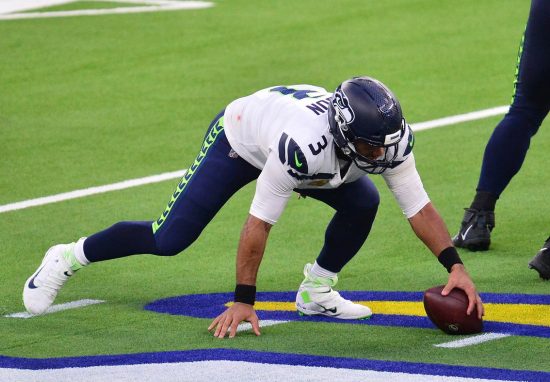 In the NFL Week 11, Thursday night football action is reserved for Cardinals at Seahawks. It’s going to be a duel of two teams with a 6-3 score each, both of which are hoping for a spot in the Playoffs.

The Cardinals are coming to Seattle bearing the underdog tag, even though their opponent’s recent run has been far from good. The Seahawks have lost three out of four previous games, but are hoping to get themselves back in a winning mode. Can Arizona ruin their plans?

Russell Wilson Looking to Get Back in Shape

The Seattle Seahawks are often described as a one-man army. The man in question is their quarterback, Russell Wilson. It seems to be the case that when he’s playing fine, the Seahawks are winning. The problem is that he hasn’t been playing fine over the last couple of weeks.

His arguably worst performance happened last week when the Seahawks took on the Rams. The team from Los Angeles won by 23-16, with Wilson failing to pass for a single touchdown. That game also saw him getting the worst passing percentage of the season, with 22-out-of-37 passes.

He was a bit better in the game before that, which his team lost to the Bills. Still, even that performance was far from the ones he got us all used to at the start of the season when he helped his team win five straight games.

It seems that his (and his team’s) poor run started with their first defeat of the season. It happened on the 26th of October when the Seahawks lost to the Cardinals in overtime. The two teams meet again, and Wilson and Co. are looking for revenge.

Running Backs Chris Carson and Carlos Hyde are Back

Even though QB Russell Wilson is Seattle’s rushing leader, the Seahawks definitely need their best running backs. Unfortunately, both Chris Carson (323 yds) and Carlos Hyde (125 yds) were out due to injuries. The good news is that they will probably be back for the Cardinals at Seahawks game.

Although the two aren’t thought of as top NFL running backs, the Seahawks’ coach Pete Carroll is certain their return is going to make Wilson’s job easier. After all, he’s going to have someone to pass the football.

The Seahawks are the team with the second-highest number of points scored this season in the National Football Conference, with 290 in nine games. The only team that’s scored more is Tampa Bay, but the Buccaneers have played one game more.

In comparison, the Cardinals have scored 266 points, but 37 of those happened in the game against the Seahawks. That game saw both teams scoring 34 points in the regular team, with the Cardinals getting three points in the overtime from a field goal.

It was a close game, but the Cardinals seem to know how to play well against the Seahawks. In December 2019, they beat Seattle by 27-13. In September the same year, however, the Seahawks won by 27-10.

We can expect something similar happening on Thursday night as well. Although we probably aren’t going to witness a demolition job, the Seahawks should win it.

Wilson is expected to improve his game, but that probably isn’t going to mean a big victory for his team. Instead, the QB will probably pass for not more than 2-3 touchdowns in total. Still, that should be enough for the Seahawks to get a win.