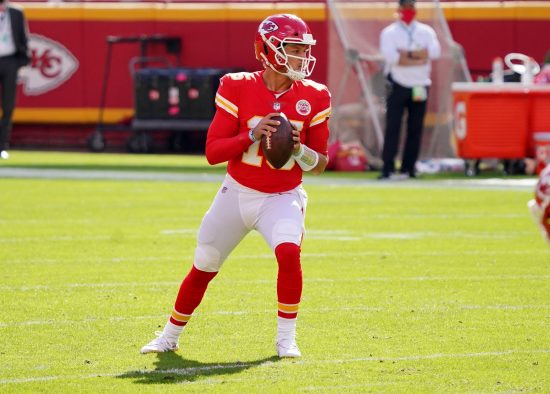 Oddsmakers think the Kansas City Chiefs (8-1) are going to beat the Las Vegas Raiders (6-3) without any problems, with the odds on the Super Bowl LIV champs currently set at -330.

However, basically the same was the case the last time these two met some six weeks ago. The Chiefs were the favorite but they suffered their first (and so far, the only) defeat of the season in that game.

Are we going to see them getting their revenge in the Chiefs at Raiders game? Or, maybe the Las Vegas team knows the secret to beating Patrick Mahomes and Co.?

The Chiefs vs Raiders is one of the fiercest rivalries in the NFL. It goes back all the way to the 1960s when the teams were competing in the AFL.

The Chiefs lead the all-time series by 67-54 (two more games finished in a draw). This makes the Chiefs one of only four teams in the NFL that have a positive score against the Raiders.

Over the years, their rivalry saw many interesting moments, with almost every game turning into a fierce battle. For this reason, many have described the Chiefs vs Raiders rivalry as “dark,” including the former coach of both teams, Gunther Cunningham.

It’s a dark game. I characterize it as a lot of darkness.

In recent years, the Chiefs have been dominant, winning four out of their previous five meetings. Their success in the Chiefs vs Raiders games coincides with Patrick Mahomes‘ rise to becoming one of the best quarterbacks in the NFL.

He played in each of those five games, passing for a total of 18 touchdowns. Even in the 40-32 loss to Raiders in October, he passed for two touchdowns, as well as made one touchdown run.

Mahomes Headlining the Best Offense in the Conference

The Kansas City Chiefs are heading into this game after a bye week, meaning that their players had a lot of time for preparation. Their most recent game was a win over the Carolina Panthers, which saw the Chiefs struggling defensively.

The final score was 33-31, which made it only their second game in 2020 in which they conceded more than 30 points. The other game was the one in which the Raiders scored 40 against them.

The Chiefs’ offense, however, has been brilliant as always. This team has scored a total of 286 points, which is more than any other team in the American Football Conference. In fact, the only team in the NFL that’s scored more points is the Tampa Bay Buccaneers with 296. However, they’ve played one game more than the Chiefs.

The man most responsible for the impressive output of the Chiefs offense is their QB Patrick Mahomes.

He’s currently #5 in the NFL’s passing yards leaderboard, as well as #3 when it comes to total touchdowns. Mahomes is also the #1 favorite for winning the 2020 Regular Season MVP award with the odds of +175.

November’s been a great month for both Chiefs and Raiders, with both teams winning every single game this month. They beat the Browns, Chargers, and Broncos in those games.

Considering that those teams haven’t been playing very well in the 2020 NFL season, the Raiders’ achievement might not seem too impressive.

Still, they did beat some heavyweights this season, including the Chiefs. The key to their success this season is their fantastic offense, lead by Derek Carr. The quarterback has been sensational, helping his team get a total of 255 points in nine games.

The trouble is that the Raiders defense hasn’t been playing at the same level as their offense. With 241 points conceded, they’ve been far from good.

The Chiefs might be the very best team in the NFL at the moment. The defeat to Raiders seems like a glitch in their, otherwise, impressive season. They are probably very motivated to set things straight and considering that they’re coming off a bye week, it means that they’re ready to face their arch-rivals.