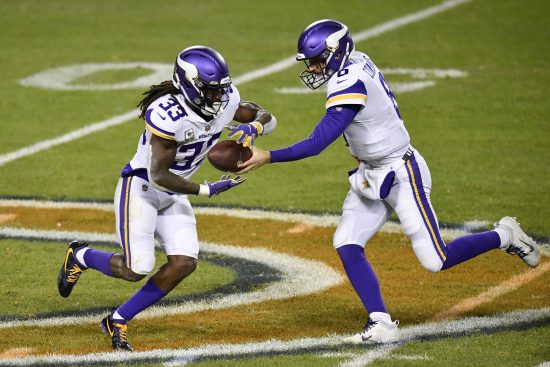 Minnesota Vikings host the Dallas Cowboys this weekend, opening a series of crucial matches for their season.

The Vikes are flying high after three wins, all against the divisional rivals. They now need to confirm all of them over the next three rounds once Mike Zimmer’s side meets a bit weaker opponents. The first step on that journey are the Dallas Cowboys, who are still in a knockdown after suffering multiple blows. The good news for them is that Andy Dalton started practicing and that he should be fit to play this event.

Everything started with a win in Green Bay over the Packers, then extended at home against the Lions before defeating the Bears this Monday Night, sounding the bell that the Vikes are back in business.

Gradually, Minnesota began tightening up its defense, and decreasing the number of allowed points, from 40 against the Falcons, to 22 vs. Packs, 20 against the Lions to limiting Chicago to just 13. Still, there is one other factor why Vikings started winning.

The moment Kirk Cousins began playing well, Minnesota revived its playoff chances. During these three wins, he threw 6 TD passes and just one pick, comparing. As a comparison, we’ll just tell you that he had an 11-9 TD/pick ratio before the match against the Packers. And it was about time for the former highest-paid QB to start playing at that level.

A week off was what Dallas needed after several harsh weeks and huge setbacks. Against all the odds, they had a chance to beat the Steelers 14 days ago. Still, Garrett Gilbert, who had a very good game against one of the best defenses in the league (possibly the best), threw a pick in the end zone that eventually resurrected Pittsburgh.

Andy Dalton should start against the Vikes, with the experienced QB being cleared to practice following the concussion and COVID-19 infection. Now imagine how much bad luck follows the Cowboys. They lose Prescott for the season, then their back up QB picks up an injury in the very next match, and after that catches the Coronavirus. Unbelievable.

Dallas’ fans are still hoping to see the real face of Ezekiel Elliott, who is nowhere near the expected level of play. Zeke has 5 TDs, and 572 yards in 150 snaps, and isn’t a factor on the field at all.

Vikes beat the Cowboys last year in Arlington, 28-24, and that is the last time they met.

In order to cover the spread, Minnesota needs to win with 8 points, which is pretty realistic. Even with Dalton in the lineup, the Cowboys are very vulnerable, especially for a team going sharply upwards like Minnesota. Dalvin Cook and Cousins will tear apart Dallas’ defense, with the first one turning one beast mode lately, already reaching 954 yards since the year started.