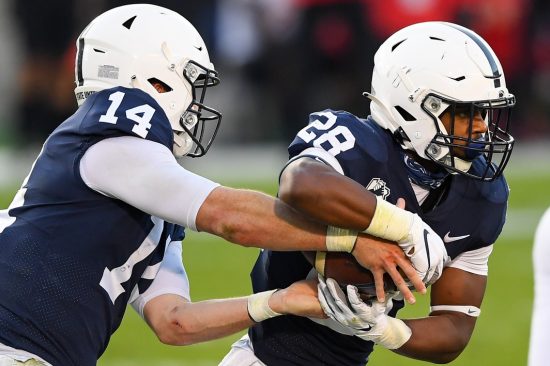 The Ohio State Buckeyes have risen to #3 in the top 25 rankings, and have a great chance to push their record to 4-0 in a visit to the Maryland Terrapins on Saturday afternoon. It’s going to be a struggle for Maryland to win this game outright as +25 point underdogs, but Mike Locksley’s Terrapin team is surging right now.

Ohio State has posted just one loss in each of the last two years, but has a very favorable march to an 8-0 regular season in 2020. With home games against Indiana and Michigan, and visits to Illinois and Michigan State left after Saturday, it’s arguable that the visit to College Park is the last big test until the playoffs for the Buckeyes.

The Buckeyes have been dominant in their 3-0 beginning to the year, although they did fail to cover the number in last week’s 49-27 win over Rutgers (-37.5). OSU has also posted a solid win over Penn State (38-25) as well as a great performance over Nebraska (52-17) in the season opener.

OSU is going to get their points on Saturday afternoon. Justin Fields looked like he was playing 7-on-7 last week, going 24/28 for 314 yards and 5 TD vs. Rutgers. Fields has completed an amazing 86.7% of his passes on the year, with 11 TD and 0 INT. The Heisman candidate knows this offense to perfection, and Maryland’s 105th ranked defense in yards/game is in trouble.

Maryland Ready for the Counter Strike?

The game plan of stopping Ohio State is out the window on Saturday, but what the Terrapins have shown the capability to do in the last two weeks is to go blow-for-blow with their offense. Maryland had about as bad of a start to the season as possible in a 43-3 loss at Northwestern, but have bounced back nicely with an explosive win over Minnesota (45-44) and an overpowering showing at Penn State last week.

QB Taulia Tagovailoa will take the blame for the season opening loss to the Wildcats, as he had just 94 yards passing with 3 INT. The last two weeks have been breakthroughs though. Tagovailoa accounted for over 450 total yards and 5 TD vs. the Golden Gophers, and went 18/26 with 3 TD passes against Penn State.

The Maryland defense did give up 262 yards rushing on 50 carries in the win over Minnesota, allowing 4 rushing TDs to Mo Ibrahim. The Terrapins buckled down last week in allowing Penn State to just 94 yards on 36 carries however. Nittany Lions QB Sean Clifford threw for 340 yards against the Terrapins, but it took him 57 attempts to get to that number.

The Terrapins are no strangers to being underdogs. Maryland went on the road to Beaver Stadium last week as +27.5 favorites, and subsequently built up a 35-7 lead going into the 4th quarter. There’s a chance that Penn State just isn’t that good this year, but either way Maryland is playing with confidence.

Ohio State is just a different animal though. The Buckeyes will do what they want on offense to basically every team in the country. Rutgers scoring 27 last week shows that OSU will give up some points too though.