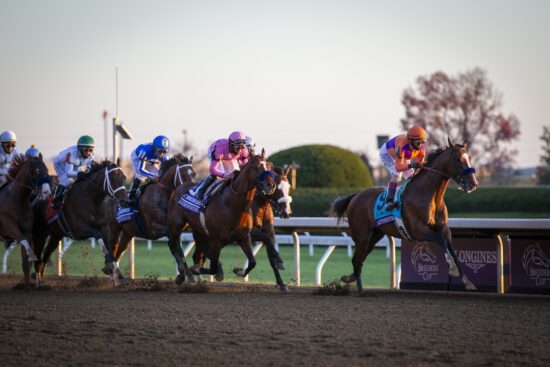 Racing fans would have been hooked on the action at Gulfstream Park this past weekend in the United States, as there were four Grade 2 races on a stacked card of action. There was also racing action at Oaklawn Park, while there was a big win in Ireland, which has had an impact on the odds for the Grand National next month.

Saturday was all about securing a spot in the Kentucky Derby for Greatest Honour, and the Claude R. McGaughey II-trained horse needed to be at his very best to come through his trial with the win needed. As the race entered the final stages, the win looked to be slipping away from the pre-race favorite, but he stormed back through to take the lead in a final couple of furlongs.

Jose L. Ortiz never looked fazed on board the Kentucky Derby hopeful, and once it got its nose in front, the win in the Fasig-Tipton Fountain of Youth Stakes was assured. Prices for the Kentucky Derby were immediately updated after the win, and MyBookie makes the three-year-old a +1000 chance to win the Triple Crown event later in the year.

It had been a long eight-month break away from the track for Fearless ahead of his return at Gulfstream Park this past weekend. But, it didn’t look as though he had missed a step as he picked up the win the Gulfstream Park Mile Stakes.

The five-year-old stayed well in the contest and finally went into the lead before the turn for home as he took over as the head of the pack from Performer. There was a late challenge from Avant Garde in the final stretch, but Irad Ortiz Jr was able to successfully win the third race on the bounce at Gulfstream Park.

There was a big surprise in the Davona Dale Stakes at Gulfstream on Saturday, as Wholebodemeister won at massive odds of +5200. The Juan Carlos Avila-trained horse was the massive outsider in the field, but the odds looked to unfaze the horse as he held on for the biggest shock win of the season so far.

Got Stormy Wins At Gulfstream

Got Stormy returned to the track on Saturday in the Honey Fox Stakes and held of Irish-trained Zofelle to get the win. Meanwhile, Phantom Currency won the Mac Diarmida Stakes, and Con Lima claimed victory in the Herecomesthebride Stakes. The Canadian Turf Stakes was won by Venezuelan Hug, and Fearless won the WinStar Gulfstream Park Mile Stakes.

Kentucky Derby-hopeful Essential Quality was also in action on Saturday, as he picked up a comfortable win in Southwest Stakes. The Brad Cox-trained horse got his nose in front with two furlongs remaining but was unrivaled down the final stretch. The three-year-old remains a +800 chance for the Kentucky Derby. Also, at Oaklawn Park, Mystic Guide won the Razorback Handicap.

Over in Ireland, a number of horses that will be heading for the Grand National were in action on Saturday in the Bobbyjo Chase. The Grade 3 contest over three miles and a furlong was won by Willie Mullins-trained eleven-year-old Acapella Bourgeois. He was challenged down the final stretch by Burrows Saints, but the runner-up looked well beaten after falling three lengths behind after the final fence.

Acapella Bourgeois is now a +2500 chance with the leading British bookmakers for the National, but MyBookie still prices his chances at +5000. Burrows Saint remains a +2000 chance for the Grand National with the same sportsbook.