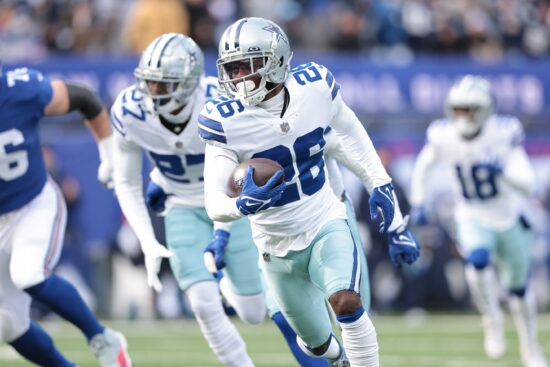 The Dallas Cowboys are just one step away from securing the NFC East title. All that’s left to do is beat their divisional rivals, the Washington Football Team, in Week 16. The Cowboys have already done it once this season. In their first game of the month, they defeated the WFT on the road. Now, they’re playing on their turf, at AT&T Stadium in Arlington.

Knowing all this, you understand why Vegas odds suggest a blowout win for the hosts. However, you can be certain that Washington players will give their utmost on Sunday evening, the reason being that a win would get improve their playoff chances greatly.

Washington Desperate for a Win

With a 6-8 record, the WFT are in the #10 position in the NFC Rankings, which isn’t good enough for the playoffs. However, they can easily climb a few spots above if they win a few games in the remainder of the season.

It’s not going to be easy, but they do have a chance to get to the postseason for the first time since the 2015 season. The reason why it won’t be easy is that they have a sort of a COVID-19 crisis in the squad.

The biggest problem is that their quarterbacks Taylor Heinicke and Kyle Allen remain in isolation and it’s not sure whether they’ll be cleared by Sunday.

Further, the WFT also have problems with injuries, with wide receivers J.D. McKissic and Curtis Samuel doubtful for the Week 16 clash.

The Cowboys Want to Win the NFC East at Home

With a 10-4 record, the Cowboys are just one step away from clinching the NFC East title. If they win in Week 16, no one will be able to take the division from them.

Can they win? Sure, they can! Their impressive record didn’t happen by chance. Plus, they’ve been playing terrific football over the course of the past couple of weeks. The Cowboys are coming into Week 16 after three straight wins.

Further, they’re going to have tens of thousands of their fans to cheer them on, which wasn’t the case the last time they welcomed the WFT. It happened last November when only a limited number of spectators was allowed at AT&T Stadium.

Washington won that game, but before that, the hosts beat them in the four previous games played in Texas.

The Cowboys will win this game, there’s no doubt about that. The question is will they be able to cover the spread, which is set to as much as 11 points at some football betting sites. Considering that Washington players will be super-motivated on Sunday, they should be able to avoid a blowout loss.