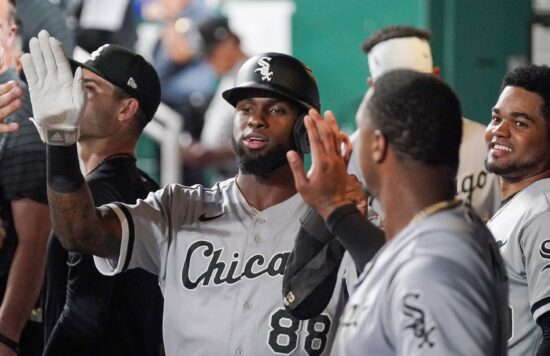 The great thing about playing in the AL Central is that the Chicago White Sox can be 56-54 but still within just 1.5 games of a division crown. Even though Chicago is just 2.5 back in the wild card as well, there are three teams to jump so taking the Central may be their best path to the postseason.

The Kansas City Royals (45-66) waved goodbye to their playoff chances months ago, but they’ve had a nice time playing spoiler recently. KC took three of four from the Red Sox over the weekend, and have started off with a doubleheader split against Chicago on Tuesday. The Vegas odds still like the South Siders at -142 on the road in this White Sox vs Royals matchup.

White Sox Will Be Without Anderson For a Stretch

Chicago is right in the hunt for a playoff berth and/or a division crown so the news that former AL batting champ Tim Anderson will miss four to six weeks with a torn ligament in his left hand isn’t ideal. Anderson is hitting .301 on the season and was a nice table-setter from the leadoff position.

The White Sox offense doesn’t need any absences right now, as they’ve been held to 2 runs or less in four of their last six games. Chicago scored five runs total in the doubleheader on Tuesday, with three of them coming off solo HRs from Josh Harrison, Yoan Moncada, and Lenyn Sosa. Long balls are nice, but so is generating runs in other ways.

Johnny Cueto (4-5, 2.91) tries to give Chicago the series lead when he starts in the White Sox vs. Royals matchup on Wednesday. Cueto has allowed 2 ER or less in four of his last five outings so it’s looking like this meeting is going to be another low scoring one even though the Vegas odds have the O/U at 8.5.

With the split on Tuesday the Royals are now 6-7 against the White Sox head to head this season. That includes losing two of three in Chicago last week where Kansas City scored 5 total runs in the three games.

KC’s recent struggles against Sox pitching almost make the 4-2 win in Tuesday’s opener impressive. Nick Pratto had a big game going 3-4 with a HR and Vinnie Pasquantino added a long ball of his own. There wasn’t much to celebrate in the nightcap though as Kansas City had just five hits although Pasquantino did have another HR.

Kris Bubic (2-6, 5.27 ERA) is on the hill for Kansas City on Wednesday. The Royals have lost 6 of his last 8 starts although he’s only allowed more than 3ER in one of those outings. Bubic is 1-4 with a 5.86 ERA at home this season and will be making his first appearance of the season against the White Sox in game three of the series.

Chicago is easily the better team here but they’re also very inconsistent and unpredictable. This is looking like another low scoring game so it’s hard to back Chicago with a -142 price tag.