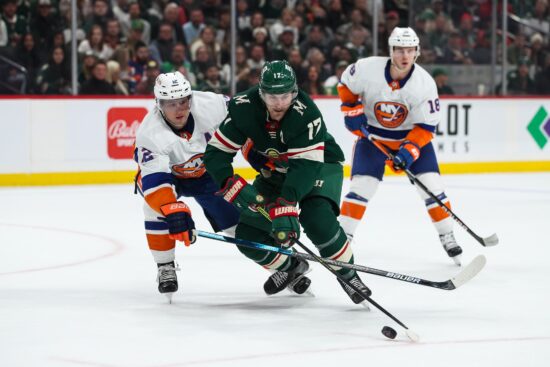 The in-form Minnesota Wild return to the ice on Wednesday evening, as they look for a fourth straight win to maintain their strong start to the NHL season. Arizona Coyotes will be looking to build on their first win of the season, which was achieved in their last game.

The Minnesota Wild have enjoyed a very strong start to the new NHL season, as they have won eight of the eleven games that they have played. However, that excellent start has done little to impact their Stanley Cup betting odds, as they are still priced at around +1800. However, in a conference that has seen the two favored franchises start slowly, the Wild could continue to put down a marker by maintaining their winning run.

They will be looking for win number four on the bounce on Wednesday evening, as they make the trip to the Arizona Coyotes. Minnesota have won their last three against the Ottawa Senators, Pittsburgh Penguins, and New York Islanders. Both of their first two wins came after regulation time, but they made no mistake against the Islanders, winning 5-2. The Wild looked the stronger of the two sides in the closing stages, as they scored four times in the final period. Five scorers made the scoresheet for the Wild, with Brandon Duhaime, Matt Dumba, Nick Bjugstad, Jonas Brodin, and Ryan Hartman all scoring.

Arizona Coyotes will be hoping that they have turned a corner, as they registered their first win of the NHL season in their last game. That victory ended a run of eleven straight defeats for the franchise. In truth, their win over the Seattle Kraken on Sunday night was a mixture of both the Kraken squandering their lead and an excellent fightback by the Coyotes.

Seattle had a two-goal lead going into the second period before the Coyotes pulled one back in the second. They managed to pull ahead in the final period, scoring three goals to just one managed by the Kraken. Lawson Crouse was at the heart of everything good that the Coyotes did, as he scored twice. Meanwhile, Travis Boyd and Phil Kessel were also among the scorers. Andre Tourigny will be hoping that the first win will see a reversal in fortunes for his team.

Minnesota have a fine record in recent meetings against the Coyotes, as they have picked up wins in each of the last six games. In fact, Arizona’s only win against the Wild in the last two years came in March 2021. The Wild have won ten of the last eleven.

The Coyotes have been extremely poor in the NHL this season, and even the win over the Kraken is unlikely to lead to a winning run. The Wild have been in very strong form, and they should breeze to another victory on Wednesday.