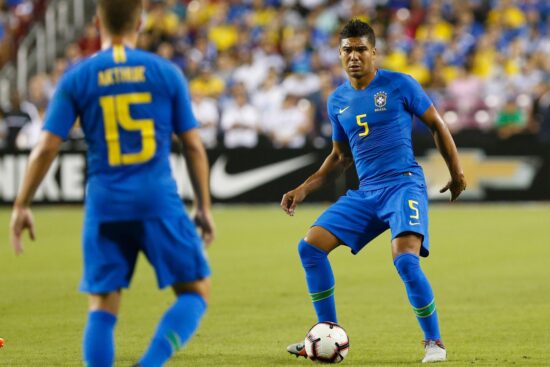 Brazil, the country whose COVID death toll is second only to the one of the US, has agreed to host 2021 Copa America. Its players, however, don’t think it’s such a good idea. In fact, as Brazil captain hinted over the weekend, players don’t want to take part in the tournament.

“Everyone knows our position in the Copa America in Brazil,” Casemiro said on Friday. The skipper also revealed that players demand to discuss the issue with the Brazilian Football Confederation (CBF) in the next few days.

They got the support of their manager Tite, who’s suggested he could be leaving his post if the federation decides to go through with the tournament.

It’s not only Brazilians who call for Copa America boycott. The loudest support is coming from the Uruguay squad, where Luis Suarez and Edinson Cavani have voiced their support for the boycott.

A national team with an exact opposite stance on the issue is Argentina. On Sunday, the Argentina Football Association (AFA) released a statement saying that this team will participate in Copa America.

As a reminder, this nation was supposed to host the tournament, but the recent spike in COVID cases caused the plans to change.

The Curse of 2021 Copa America

First, it was postponed from 2020 to 2021 for the COVID outbreak. Colombia and Argentina were then supposed to co-host it this summer, but things got ugly in Colombia’s capital Bogota.

The story goes that anti-government protests took a violent turn, prompting the organizers to move the tournament entirely to Argentina.

Bad news again – COVID cases started rising in Argentina. In fact, just a few days before it was announced Copa America was moving elsewhere, the country had the fifth-worst coronavirus outbreak rate per capita on the planet.

CONMEBOL then decided to offer Brazil to host the tournament, which many thought was a strange decision. The reason is that Brazil’s current COVID situation is equally bad as Argentina’s. There are more than 60,000 new infections reported every day since the start of the month.

No Fans Allowed Even If the Tournament Goes Through

If everything goes according to the current plan, the tournament will start on June 13. Over the next four weeks, ten national teams from South America are meant to compete for the 2021 Copa America trophy. The final is supposed to be held on July 10 in Rio De Janeiro, at Brazil’s largest stadium Maracana.

However, this could easily change as Rio De Janeiro Mayor Eduardo Paes has different ideas. When asked about 2021 Copa America, he said he will not allow any game to take place in the city.

Even if he changes his mind, there will be no fans allowed in the stands of the stadium that in normal times has a capacity of 78,838.

Actually, the tournament organizers have decided to keep the doors closed for fans in all the venues. Only delegation members will be permitted, albeit in reduced numbers.

The maximum number of people from each delegation was cut down to 65. Furthermore, only those delegation members who have been vaccinated will be allowed to attend the matches.