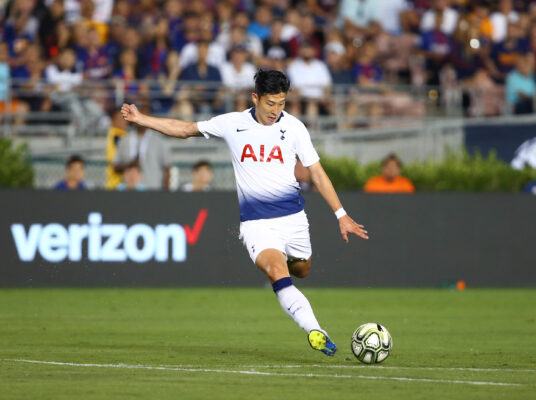 Gameweek 30 of the English Premier League is over, and VegasOdds.com brings the usual “Winners and Losers” column. After a two-week international break, a lot happened, so stay tuned to see which teams gained and which lost the most during this weekend.

The Red Devils won their match against Brighton, while all other rivals for the top four places slipped in their respective events. It means that Solskjaer’s boys increased the difference in the standings and that they can enter the final part of the season without any pressure.

At the moment, United has 11 points more than the fifth-placed Tottenham, which is excellent for them.

Three points against Burnely could be the most important ones for the Saints this year. They defeated the direct rival in the relegation battle and moved away from the red line, having 36 points, ten more than the 18th-placed Fulham.

If they collect five more points in the remaining eight matches, they should stay in the league without any problems.

The Hammers managed to post yet another big win, this time on the road against Wolverhampton. Three points here are leaving the Hammers in the race for the international stage, as they currently hold fourth place in the standings.

Reaching the UEFA Champions League would be a major success for this side, arguably the biggest one since establishing the English Premier League. Jesse Lingard has a vital role in the recent achievements, with the loaned Manchester United player doing wonders on the pitch and showing his full potential. There is no debate about United’s willingness to bring him back following the end of the year, but the question remains, is Lingard ready to return to Old Trafford.

The Blues were one of the best defenses in Europe after Tomas Tuchell arrived in town. They would allow just two goals in all competitions until Saturday’s match against the Baggies, who rolled over the hosts at Stamford, 2-5.

It was arguably the lousiest game Chelsea played, not under Tuchel, but since the start of the season. And to make it even worse, it happened days before the UCL quarterfinals against Porto.

The Spurs’ players handed another dose of frustration to their fans after an incredible ending against Newcastle on the road. Five minutes before the end, they allowed a goal for 2-2, once again losing valuable points in their UCL race. Luckily for them, Chelsea slipped against WBA, leaving them in contention.

But still, a lot of missed chances, lack of concentration in defense, and frequent mistakes are something that haunts Mourinho’s team throughout the entire year, and this has to stop; otherwise, the campaign will be unsuccessful.

The Clarets had a 0-2 lead on the road against Southampton, yet managed to blow it away and eventually lose, 3-2. Despite having an initiative in the second half after the allowed goal, Sean Dyche’s side couldn’t score and avoid a defeat, losing three valuable points.

But it is not only that. The morale of the team could be heavily damaged following a loss like this, and we’ll see more on that in the next few weeks.