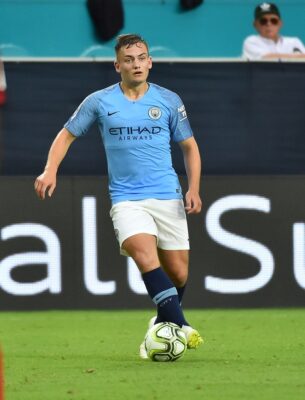 Gameweek 31 is behind us. Even though many believe that Man City’s loss is the only thing worth mentioning from this round, that isn’t the case. We are here to present our view of the recent matches and deliver the “Winners and Losers” column.

The win at Etihad won’t move the Peacocks up too much, but defeating soon-to-be Premier League champions on the road and doing it with a player fewer on the pitch for the entire second half, that needs to be acknowledged.

It is without a doubt one of the biggest surprises of the year in the EPL so far, which is why we didn’t have any doubts when putting Leeds on the list.

The Magpies defeated Burnley on the road, 2-3, recording arguably the biggest victory of the year so far. These three points pushed them away from the red zone six points, plus Newcastle has a game in hand at the moment.

Additionally, the team from the north complicated the situation at the bottom, dragging the Clarets down. Burnley and Brighton have one point more, 33, while Southampton sits 14th with 36.

The Hammers won in the direct clash for the Champions League spot, taking down Leicester City, 3-2, and that brought these two sides closer. West Ham now has just one point fewer than the Foxes and one more than Tuchel’s Chelsea.

This was arguably one of the most significant wins for the Hammers this season, and if they manage to earn the ticket to the UCL in the previous few years.

We simply needed to put Brendan Rodger’s unit on the list. Again, the Foxes are slowing down in the late part of the campaign. We saw that during the previous year, and it cost Leicester dearly, losing the UCL spot in the last round at home to direct rivals, Man Utd.

If something doesn’t happen quickly, the outcome, in this case, is going to be the same as in 2020. And that would be a massive blow for the former champions.

The Cottagers are slowly getting closer to the Championship. Scott Parker’s team has one game more than all other relegation candidates, and they managed to lose the last contest too. A narrow, 0-1 defat to Wolves at Craven Cottage put them in a very bad place, with that being the fourth straight loss for this club.

Now, this failure is even more tragic because the sole goal came in 90+2 minutes. This isn’t the first time that Fulham loses points in the ultimate moments of the clash during this season.

As you already sensed, the Clarets were bound to be on our list. To lose against Newcastle at home and end up in the dangerous area… well, that is unacceptable. Last week’s loss in Southampton left a trace on the players who once again had a traumatic experience.

Sean Dyche’s starters once again took the lead but wasted it eventually, throwing away three points and complicating their lives. With eight rounds to go, the Clarets have to give their best to avoid further problems.